Mario Throwing Another One of His Fucked Up Parties 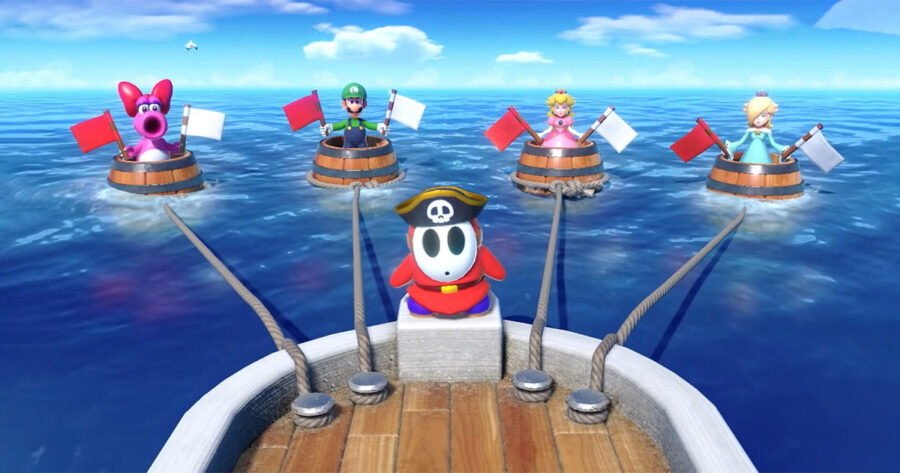 MUSHROOM KINGDOM — Close friends of Mario reported feelings of dread and paranoia as they received invitations to one of his notoriously fucked up parties, numerous sources have confirmed.

“Oh Jesus Christ,” said Luigi, opening the invitation to the beach themed party his brother Mario is throwing next weekend. “I really wish Mario would learn what other people’s parties were like. I want to drink beer and laugh with my friends, not play a bunch of games and fight for my life. I told myself I wasn’t going to go to any more of these after I burned my feet on that god damned flaming jump rope last time, but what am I gonna do? He’s-a my brother.”

Other recipients of the invitations began crafting their excuses not to come.

“Oh fuck it all, not again,” said Princess Peach, shortly after receiving word that she’d been invited to Mario’s beach party. “I gotta get out of this and tell him I have a tennis match or something. It’s bad enough that he makes us play all these games and by the end everyone’s mad at each other, but do you know what he does after that? He makes us all stand around while he announces who he thinks ‘won’ the party. Have you ever heard of anything more deranged? I’ll tell you the real loser at these things. All of us. That’s who.”

Despite the objections from his friends and family, Mario was undeterred in his plan to throw several highly involved conceptual parties every year.

“My friends, they really look-a forward to these things,” said Mario, preparing a table of snacks and drinks at a picnic table before all of his friends arrived. “They all like to pretend like it’s a stressful environment around here, but I know they’re only-a kidding around with me. I love-a my friends so much. That’s why I put so much-a work into these parties for them.”

“How-a come no one is here yet, though?” he added. “This-a party was supposed to start two hours ago.”

As of press time, Mario was spotted at a nearby lake, struggling to paddle a boat clearly meant for two people.