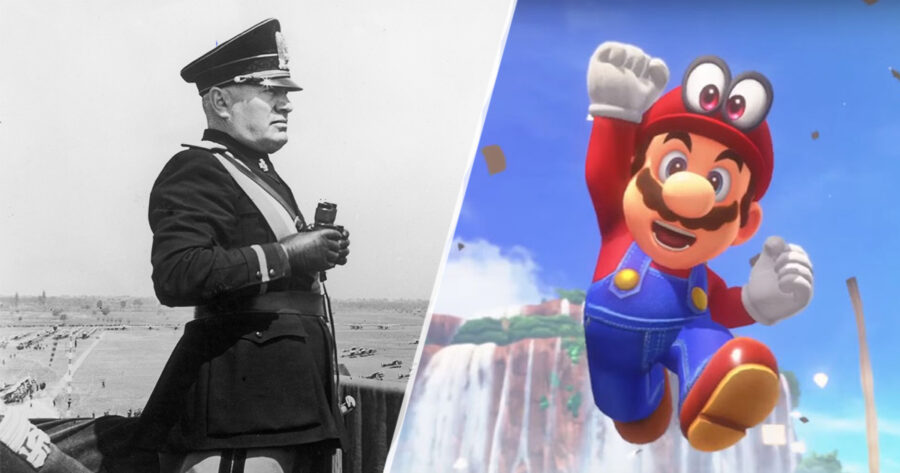 Mario entered the interview desperately needing to remedy his public image, following his recent arrest and public scandal. This was his first public appearance since he was found drunk and wobbling around the streets of his New Donk City neighborhood, shouting about Mussolini and the inefficiencies of American government three weeks ago.

The interview began as expected with Mario reflecting on his body of work and teasing a few upcoming titles. He and Lesley Stahl sat in his luxurious Mushroom Kingdom home and shared a jovial chemistry while discussing his decades as Nintendo’s flagship performer. When the conversation came to Mario’s political views, however, his answers turned terse and contrived, and his demeanor turned cold.

“I’m sorry to anyone who was offended-a by my defense of Mussolini,” Mario said to 60 Minutes host Lesley Stahl. “I assure you, Twentieth-a century fascism was a tragedy-a.”

Stahl pressed the issue, asking among other things what he thought of Italy siding with a regime that killed millions of people.

“It was the United-a States-a fault!” the visibly agitated Mario replied.  “We didn’t-a get the land — or the stars — we-a deserved after-a World War One-a!”

As the interview went south, Mario’s publicist Toad intervened and insisted that the interview had reached its conclusion. The recent airing of the segment has been met with a public outcry for Mario to be terminated from his position of plumber.

Nintendo has responded by putting Mario on temporary leave while he attends Promises Treatment Center, a rehabilitation clinic in Seaside Kingdom. His arch-rival’s brother Waluigi will be the new face of the Nintendo franchise until further notice.