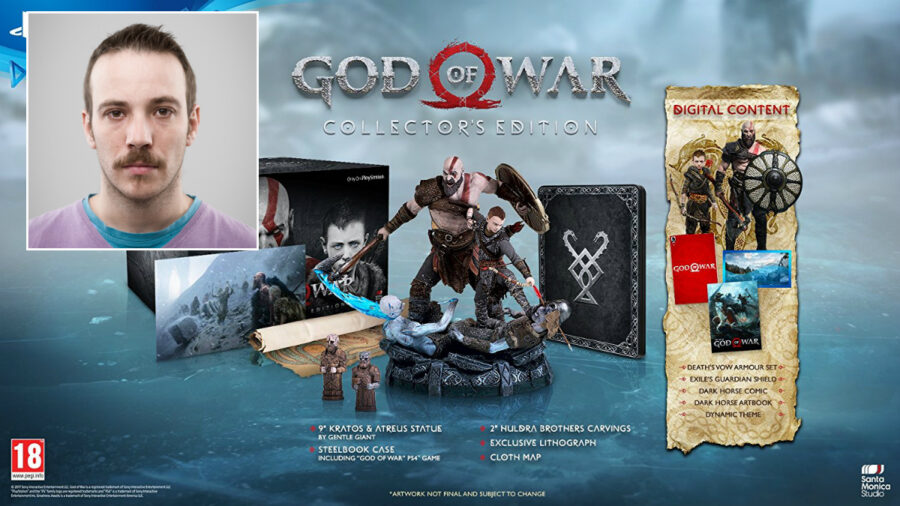 PITTSBURGH — Local uninsured gamer Geoff Patten, 31, is reportedly considering canceling his pre-order of the standard $60 version of the newest God of War game in favor of the $130 Collector’s Edition, which includes bonuses like a character statue and digital content. This is the first game in the series since 2013, the year Patten was removed from his parent’s health care plan, according to close sources.

“I’ve been a God of War fan since the PS2 days,” said Patten, who is still paying medical bills from a brief hospital visit in 2015. “So I knew I would be buying it right away. After the reviews hit and I realized this game was probably going to be legit, I started to think I should just splurge on the Collector’s Edition so I can get that statue of Kratos and his son.”

Patten, who would be on the hook for potentially devastating, life-altering debt should any serious injury or illness befall him, said his indecision is based mainly on his recent purchase of the $180 Far Cry 5 Hope County Edition.

“I saw that one was gonna be super difficult to find after it was released, so I figured if I didn’t grab it then that I’d just end up paying double on Amazon later,” said Patten, who recently left a 5% tip for a waiter at a restaurant to avoid paying too much money. “So I upped my preorder at the last minute. It’s so hard to say no to this stuff sometimes.”

“So now I’m stuck thinking, ‘Well, can I live without this one?’” continued the gamer who declined medical treatment last year after nearly losing a finger in a boating accident. “I like God of War more than Far Cry so it just seems to make the most sense to me. I’m heading to GameStop soon and if they have them still in stock I think I’ll probably end up grabbing one. I’d hate to regret not getting it later.”

At press time, Patten was googling images of the Collector’s Edition cloth map, while wolfing down a shrimp-flavored ramen Cup Noodles.