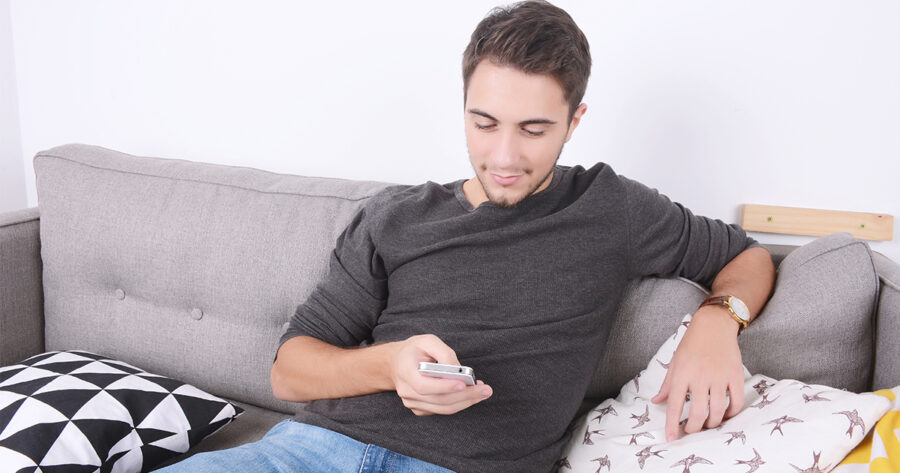 “I’m not sure if he wants to hear the song, or if he thinks that people will think he’s cool,” said one source familiar with the situation. “Like, you’re at a Burger King, dude, nobody’s going to go ‘Oh shit is that the Mario theme?’ and suddenly be your best friend.”

Turner hopes that the ringtone, which currently has over 14 million downloads on Android phones, will help show off his unique personality and retro geek sensibilities.

“I also set my email notification to the coin noise!” Turner excitedly explained to a passerby he did not appear to know. “And if I ever get a text message, it would play the warp pipe noise. Here, lemme see your phone, I want to call my phone so you can hear it.”

The passerby, who refused to be identified as eating at a Burger King, described the interaction as “weird” and “not interesting,” and inquired why he didn’t just text his friends if it was that important to him.

Turner’s friends were unable to be reached for comment, as they were all busy having lunch together at an entirely different Burger King. Witnesses report that Turner sat alone at his booth for over 30 minutes, occasionally checking to make sure his phone was not in airplane mode.

“Maybe I’ll just set an alarm,” Turner continued, to himself. “Nothing weird with an alarm at 3:43 pm, right? Or I’ll just text my mother to call me, that’ll work!”

Unfortunately, while his mother did call approximately sixteen seconds later, Turner’s plans were foiled as his phone was set to vibrate, as most phones usually are.

At press time, a clip of Austin Powers saying “Yeah, baby!” was indicating that Turner’s mother had left him a voicemail.