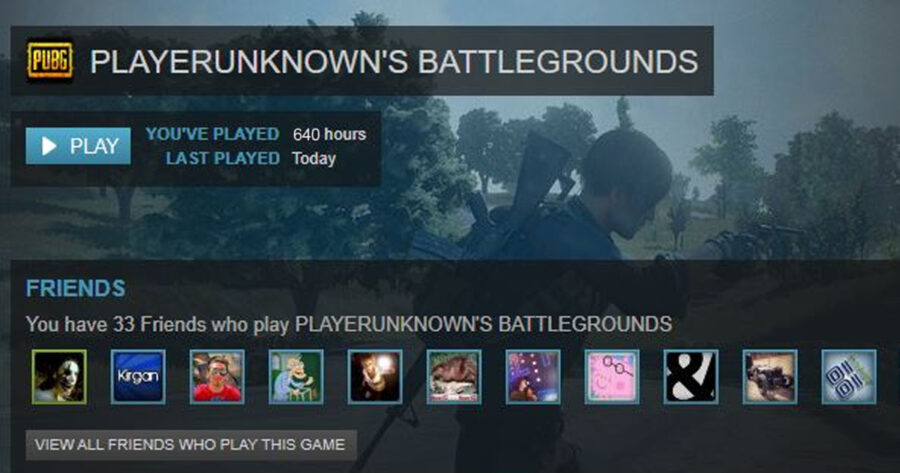 ATLANTA — Matt Goldberg, 27, has used Twitter, Steam reviews, and several other online platforms to advocate for a new feature in PlayerUnknown’s Battlegrounds: a removal of any sort of logging of his hours playing the game.

“Please, I’ve been telling people I’m busy,” Goldberg wrote in one forum. “But if they found out I’ve instead spent the equivalent of 26.6667 days worth of free time to run around a buggy island, they are going to stage an intervention.”

“Sometimes the motorcycle just flips back over too quick and kills you while riding it. What am I doing with my life?” Goldberg said.

Goldberg, who has reportedly given up any hope that the game will one day represent a polished title, just wishes Steam didn’t remind him he has spent almost a month of real life time running around a Russian-themed island

“640 hours? What is that? Like, one day of real life time losing loot via dropping it on the stairs, and another day of just being automatically booted out of the airplane to the title screen. Will the only impact I make on the planet be the 6 foot deep hole they dig to place my worthless body in?” added Goldberg.

“I told a friend I was too busy to hang out this weekend, but based on the math PUBG unfortunately provided me, I’ve spent the equivalent of several real-life weekends camping out on a digital bridge,” he said.

“Honestly most the time no one even comes — they just take boats. I am going to be missed by no one.”