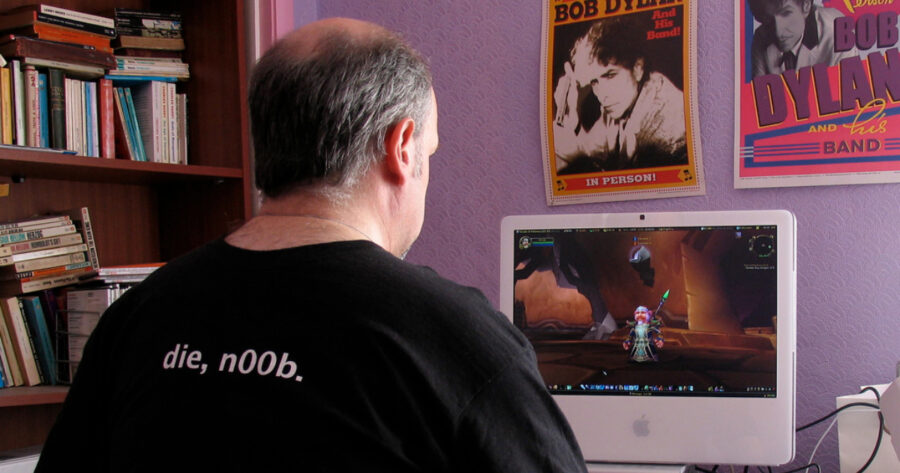 SOUTH BEND, Ind. — Casual World of Warcraft fan Michael Andor reportedly told friends that he was just looking dip his toes back into the massively multiplayer online role-playing game, only to let his life crumble around him mere days after pre-ordering the latest expansion Battle for Azeroth.

“I hadn’t played in years. I just wanted to re-familiarize myself with the world and the gameplay,” Andor said while waiting on hold with his bank to convince them to waive overdraft fees. “First I went to organize my bank and next thing I knew, I hadn’t showered in four days.”

Andor was let go from his job after using up all his paid-time off and then not showing up, or even alerting them to his absence. His supervisor even reportedly sent the police to Andor’s home to do a wellness check after fearing the worst; South Bend first responders had to break Andor’s door down when no response came after five minutes of knocking.

“From the state and stench of the apartment, we assumed the place had been ransacked and the occupant killed and left to rot for weeks,” Officer Ty Baxter told reporters. “However, we found Mr. Andor alive in his bedroom, alternating between disenchanting his excess gear and selling the shards and dust on the auction house, and surrounded in the real world by Domino’s pan pizza boxes and Moe’s nacho containers, a meal combination he told us he called ‘A Taste of Mexaly.’”

Loved ones who reached out to help Andor found their messages went unanswered; childhood friend Ron Grant even created a character in World of Warcraft to try and contact Andor electronically.

“I found him by chance queuing up for Antorus, the Burning Throne raid, after some kind Redditors told me a man lost in WoW would be grabbing last minute achievements before the new expansion drops,” Grant told reporters. “I had never played WoW before, so I bought it just to find him. First I tried leveling a character from scratch, but that sixty to eighty slog is fucking bullshit, so I just dropped sixty bucks to boost my guy to max level because Mike is my friend and I love him.”

“Anyway, now we’re both at max level together in a guild we co-founded and are planning to raid nightly when BfA drops,” Grant continued. “My own husband and job are long gone.”

Sources indicate that after three days of living with his parents Andor realized what a mess his life had become and vowed to play a less addictive game like Destiny 2.