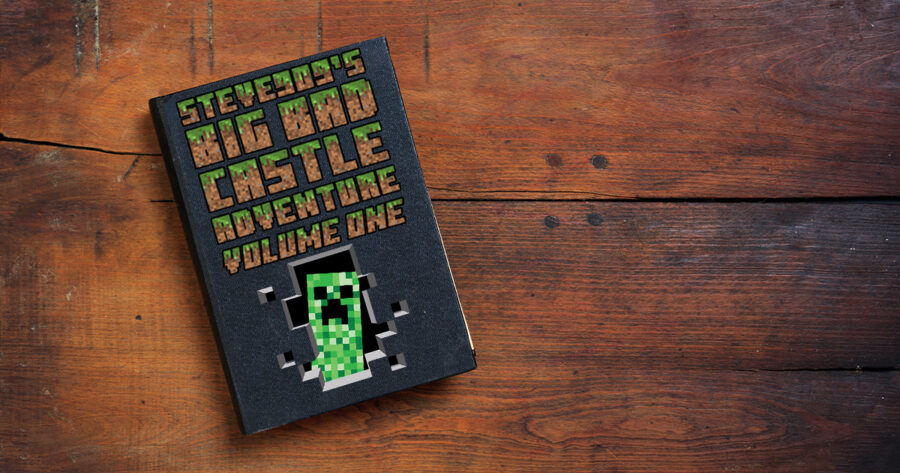 NEWARK, N.J. — Local accountant Steve Denton has quit the drudgery of his 9 to 5 job to pursue his greatest ambition: writing the great American Minecraft novel.

“Oh sure, everyone thinks about it, but he’s actually doing it,” said Sarah Denton, Steve’s wife. “I’m just so proud of him. He’s bringing home a pretty good paycheck right now, but my husband’s happiness is what’s really important. Besides, if this pays off and we get even a hair of that Minecraft money, that’s more than we’d see in our entire lives! I really think Steve909’s Big Bad Castle Adventure Volume One is going to be the thing that changes this family’s life.”

The project, which reportedly has been started and stopped several times during nights and weekends, has reportedly been in his brain for years.

“Oh yeah, I know the plot and characters and everything, I just have to write it down,” said Denton, the soon to be wildly successful first time author. “It’s tough to explain in a conversation, but it deals with life, loss, redemption, lava, and there’s a bit of political commentary in there, too. It’s a crowded marketplace, but no good dream sounds reasonable. I’m chasing this one.”

Denton’s former supervisor expressed skepticism about him carving out a place in a well established, ultra popular subgenre of American literature.

“He thinks he has a shot at becoming a Minecraft author?” said his old boss. “First of all, he’s like five years too late. Second of all, the World War Z guy is writing fucking Minecraft books now. If he thinks he can compete with the skillset and nepotism afforded a guy like Mel Brooks’ son, then have at it. I told him we’d keep his spot open here. The world of Minecraft novels is cutthroat, everyone knows that.”

As of press time, a sticky kid at the library was anxiously awaiting the release of Steve909’s Big Bad Castle Adventure Volume One.