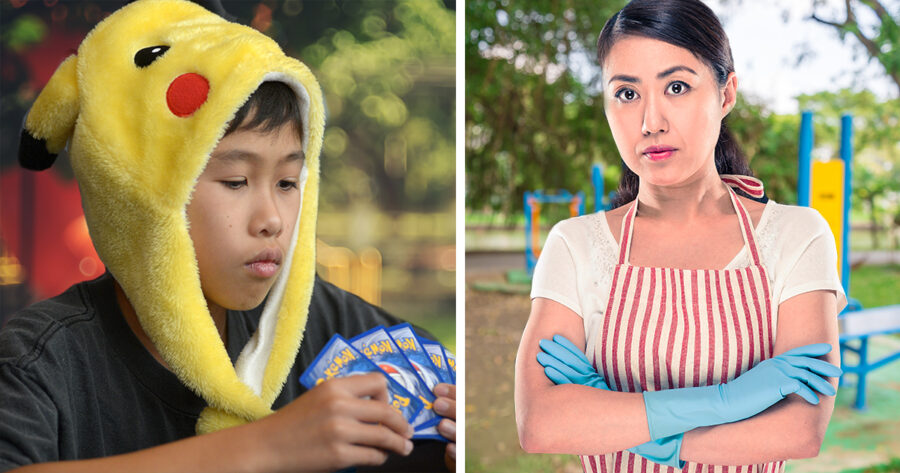 ALBUQUERQUE, N.M. — Stephanie Lee, a mother of three, is set to appear before a high playground court tomorrow to appeal the “no trade backs” policy applied to her son’s botched Charizard deal.

The younger Lee traded his holographic Charizard for three of the “little pony ones and some energy,” according to court documents.

Lee, who says her son was unfit to make such a decision at the time, will testify that Tyler Cooper, a classmate of her son, took “unlawful advantage” of her son in the deal, which “merits a full-scale investigation, reprimanding, and reversal.”

But the trial, held on top of the jungle gym, is predicted to be a slow and arduous process, bogged down by court technicalities and several jurors demanding a recess.

“This should be an open a shut case,” Thomas Maverson, Lee’s lawyer, said. “I mean look at her son. Kid is obviously an idiot.”

“Societies can be judged by how they treat the weakest among them,” he added. “Trading away a holographic Charizard? One of the cool Japanese ones?! Total moron.”