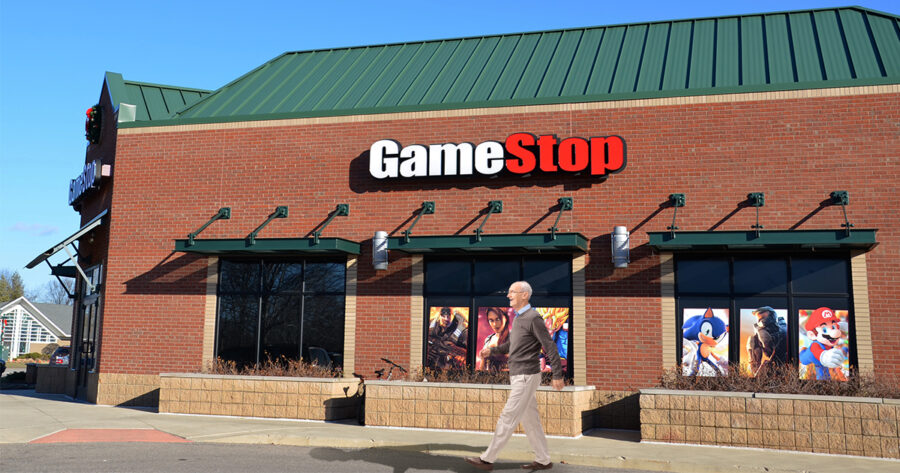 DENVER — Local grandfather Bill Willinkins drove his Lincoln Town Car to the GameStop in the Sutherland mall in an effort to find the birthday wishlist his grandson had reportedly left at the Steam Store, reporters claim.

“I searched the yellow pages for hours and couldn’t find the address,” said Willinkins. “Eventually I thought, well… ‘Babbage’s sells computer video games. I bet they know.’ But I guess Ma and Pa Babbage finally retired because it’s called The Game Stop now.”

Chad Rickie, the GameStop cashier, asked Willinkins about his grandson’s age and interests, in an effort to make his first sale of the day. He was told in response that the boy has a “box that plugs into the TV,” but that he also plays them “right on his computer,” sometimes as well.

“He wouldn’t budge,” said Rickie. “He said he wanted to get his grandson exactly what he wanted from the Steam Store, and that he wanted to support the kind of small local place that would bother to keep track of a 12-year-old’s birthday list.”

“You don’t hear about that kind of customer service too much these days,” Willinkins told reporters. “When I was a boy I had a credit line with old Mrs. Maloney down at Maloney’s Toys and Dry Goods. I bought a chess set on credit and paid it off with the money I earned at my paper route. I bet Leo thought it would be easier to just leave a list with the proprietor of Steam Store. He knows how forgetful I can be.”

After mishearing Rickie say that the Steam Store was on the “Inner Met,” Willinkins drove into Denver’s inner metropolitan area and starting asking anyone in a comic book tee shirt for directions.

“I could smell the sour watermelon candy on him,” said Willinkins. “There’s no way in heck he doesn’t know where the computer program store is. I guess these youths are just trying to protect their favorite spots from outsiders.”