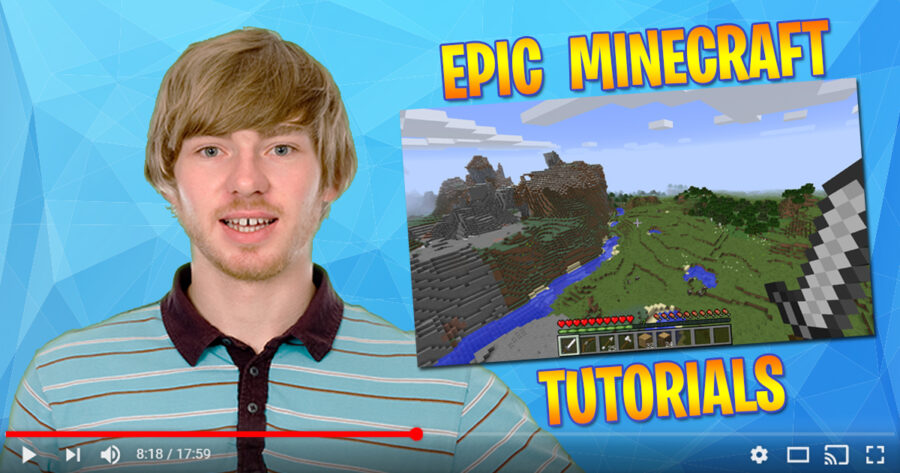 “Let’s just get to it, guys. I know if you’re watching this video on Bitcoin mining via Minecraft servers that you’re probably really busy too,” Ferguson said, under his MinexKraftxFanatiK YouTube handle. “And before we get going here, just make sure you like and subscribe, since my asshole stepdad took away my allowance and I really need to monetize.”

Despite not following through on his declaration to speed up the pace video, nearly every one of the upload’s eight commentators were supportive and enthusiastic.

Shortly after his proclaiming the video’s commencement, Ferguson left the screen to go retrieve his Jimmy John’s delivery, leaving roughly 90 seconds of dead air that was not trimmed from the video.

“Hey gang, quick update,” he said upon unwrapping the sandwich and holding it up to his webcam. “I said no mayo on my Turkey Tom and, as you can clearly see, it’s drenched. If everyone can go shoot a tweet or something, it’d really help me out. Now let’s keep things movin’.”

For the remaining two minutes, before telling viewers it was time to “Get things started without any delay,” Ferguson detailed an argument he had at school with some football players who had recently discovered Fortnite.

“It’s just like those fucking jock dickheads to only use the shotty,” he said. “I told them they’re fucking casuals who don’t actually game and that as soon as that shit is nerfed they’ll be sorry. But they all spit on me. Barbaric! The world isn’t safe for intellectuals and real gamers. Now let’s get right into it here.”

While Ferguson ultimately completed his tutorial in just under a half hour, he extended the video an additional ten minutes to rant about the girls at his school, the Chicago Bears’ draft picks, and the lack of focus in the current season of Gotham.