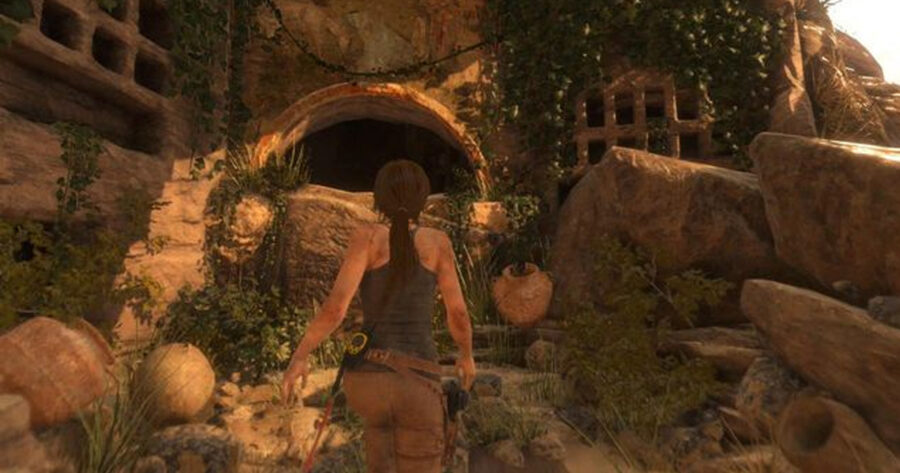 DETROIT — Gamer Harold Bunda wasted over an hour of his life pursuing what appeared to be an accessible area in Rise of the Tomb Raider last night, living room sources say.

“I was in this old temple and saw this ledge with some open space above it sorta off the beaten path,” said Bunda. “I’ve played my fair share of games, so I knew there’d obviously be a collectible up there.”

Those at the scene claim Bunda approached the seemingly welcoming ledge from multiple angles, positions, and velocities, falling to his death each time.

“After an hour of trying, I was finally was able to hop up on a railing to get some extra distance,” Bunda added. “I figured, oh cool, I solved how to do this! Then I slammed right into an invisible wall, now I don’t even feel bad that those developers had to crunch for months to make this.”

“Misleading ledges are an integral part in the design of any game with platforming,” a company spokesperson said. “Game developers have been doing it since Pitfall, and we aren’t stopping any time soon. A game is like a relationship where often those we love and put our trust in betray us in ways that only become apparent months later.”

“That’s why gamers come back to the Tomb Raider series again and again.”

At press time, Bunda was seen picking up fragments of an Xbox One controller, shattered against the floor after firing a shot that “totally fucking should have hit that guy.”