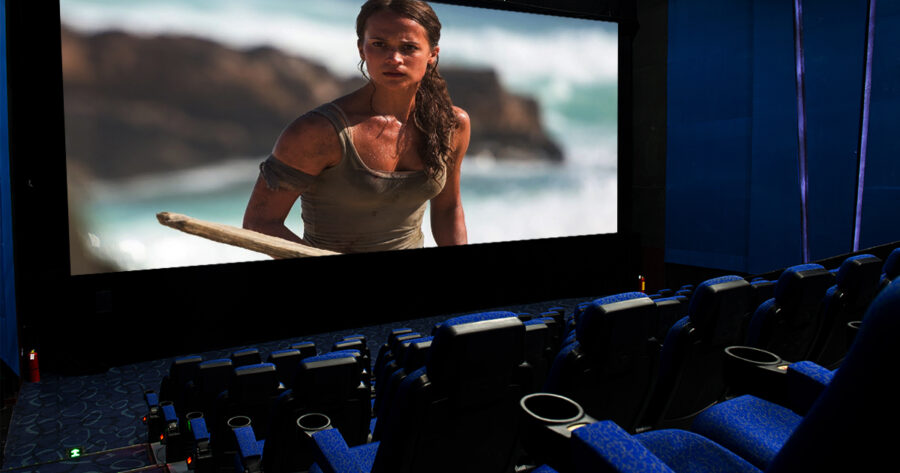 NEW YORK — Following the breakout success of the recent video game reboot, the newest Tomb Raider movie is now sending Lara Croft on her most dangerous mission yet: to excavate the ruins of empty film screenings.

Deep within the concrete jungle of New York City, the expert archaeologist and skilled adventurer had just come across a hidden entrance to the ancient temple of Ah-Em-Ceh. Previously received intel from a contact of her late father’s led her to the long-deserted site, rumored to contain the lost relics of Os’Kar the Golden One.

Following a tight squeeze through collapsed pillars, Croft came across a series of increasingly complex puzzles and platform jumping challenges, ultimately leading her into the theater’s inner sanctum. It was there that she encountered something more frightening than cultists and supernatural forces bent on world domination: a generic adventure movie with choppy pacing and boring action scenes.

“It was truly horrifying, and I’ve killed countless unaware guards in exceptionally brutal fashion,” Croft muttered to herself, slowly lighting the damp torches that lined the rows of dusty recliner seats. “Chunks of rushed exposition everywhere, with hollow set pieces and poorly choreographed fights ripped straight from the video game. I can’t imagine the kind of sick person that would want to unleash this terror on the unsuspecting public.”

Realizing that the ruins had nothing of educational value left to offer, Croft slowly made her way to the half glowing exit sign only to trigger a quick-time event and fall into a conveniently placed trap door.