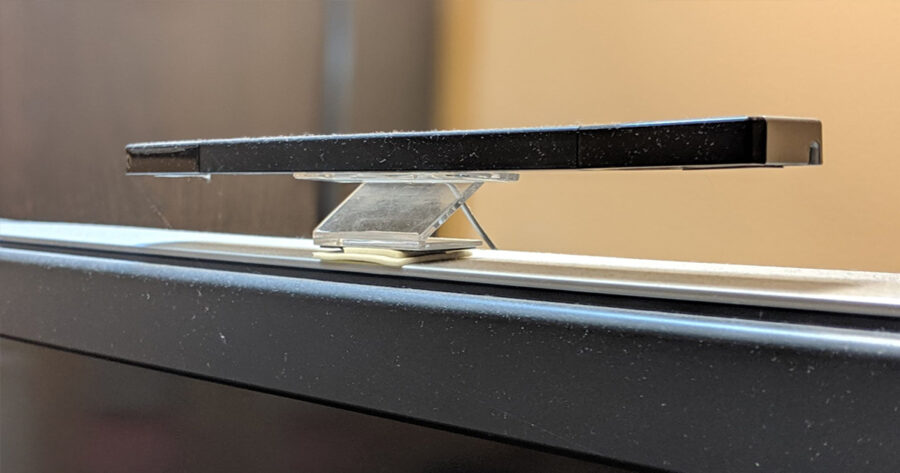 SPOKANE, Wash. — The last known Wii Sensor Bar tumbled off of its television and behind the cabinet early this morning, marking the end of an era for the once-dominant gaming accessory, sorrowful sources confirmed.

“The writing was on the wall for this one,” said Sarah Pollock, a lead researcher at the Center for Console Peripheral Conservation Studies. “The Walters Family of Spokane hadn’t used their Wii in years. Honestly, I think over time they collectively came to believe that the sensor bar was just a part of their TV and never bothered to consider that it was still hooked up to their 13-year-old console.”

“We can’t say for sure where the sensor bar has ended up since it fell behind the TV,” Pollock continued, “but I imagine its final resting place will be uncovered within a few years when someone finally pulls that IKEA stand from the wall to do some spring cleaning. It will likely be a gruesome sight.”

Kelly Walters, the daughter of the Walters family for whom the Wii was purchased on Christmas 2008, was reportedly captivated by the magic of games like Wii Sports and Wii Play as a child, but grew tired of the game console within a month or two.

“Everyone in my school had a Wii back then, and the last thing I wanted was to be the only seven-year-old without the latest tech,” said Walters. “But then I got the first iPhone a few months later and I totally forgot about playing the Wii.” When asked for comment on the Sensor Bar, Walters asked, “There was a sensor bar?”

The Center for Console Peripheral Conservation Studies expressed deep remorse regarding this shocking news in an official statement.

“This is something that I hoped I’d never have to do. The Wii Sensor Bar was once a ubiquitous piece of hardware, one that led to the creation of this worldwide organization,” remarked Connor Barrett, head of the Society, in a somber livestreamed press conference. “It’s an upsetting turn of events to see the Wii Sensor Bar go the way of the Xbox Kinect, which itself was brutally euthanized by Microsoft. Thankfully, Sony rehabilitated the endangered PlayStation Camera with the integration into PlayStation VR, and it has thrived in this new habitat. We vow to remain vigilant while monitoring the wellbeing of all remaining peripheral species as technodiversity continues to dwindle.”

Barrett concluded the press conference by strongly denouncing recent news that Wii Sensor Bar extinction had been accelerated in recent years by the black market trading of them at GameStop.