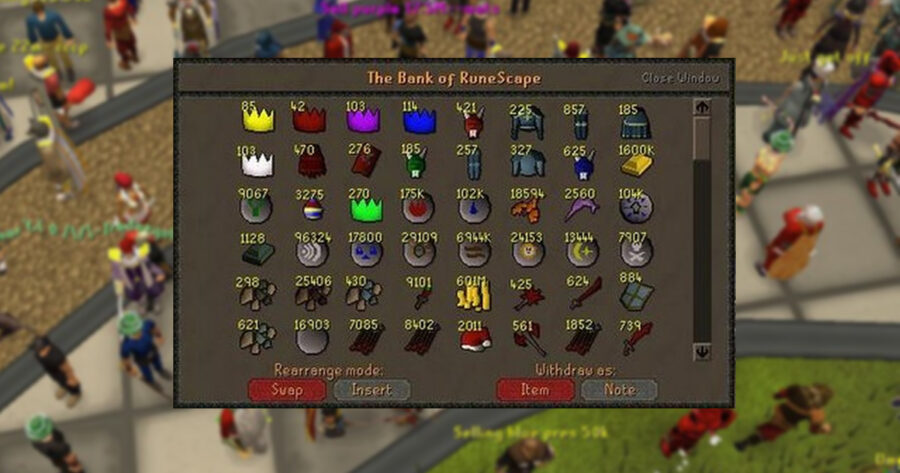 ANN ARBOR, Mich. — Recently fired Carrier factory worker Graham Quigley recovered from a bout of depression this week after remembering his old Runescape account was still active, filled with gold, and being stored in a tax-free Jagex server in the Cayman Islands.

“Getting laid off from the factory was pretty devastating. I wasn’t sure how I was going to afford groceries,” said Quigley, 28. “But remembering my account has a quarter-billion gold and a handful of colorful party hats? Plus, it’s safely located away from prying eyes?! I’ve been beaming ever since.”

A source who requested to be known as Quigley’s “new landlord” is reportedly impressed with his foresight, despite the gold’s inability to pay for rent or any other real-world thing.

“My son’s not exactly financially literate, so it’s good to see that he made a long-term plan of some kind,” said his new landlord before carrying a plate of dinner down to Quigley’s basement apartment. “I mean, it’s Runescape, so it’s fucking worthless, but I guess saving is saving. Even if it didn’t accumulate any interest or whatever.”

Quigley, who is now without health insurance despite being a Type-2 Diabetic in near-constant need of insulin, insisted he has been making smart financial choices.

“When everybody else was spending all their gold on fancy weapons, armour, and other ‘cool’ stuff in their teen years, I held onto that currency in case things went wrong in the future,” said Quigley, growing visibly dizzy after 10 hours in front of his computer without food or meds.


“Technically I’m an MMORPG 1 percenter, so I’m treating this layoff like an early retirement,” Quigley concluded. “As long as my mom keeps paying for my rent, cell phone, food, and black market insulin, I’ll almost certainly live long enough to spend all this gold!”