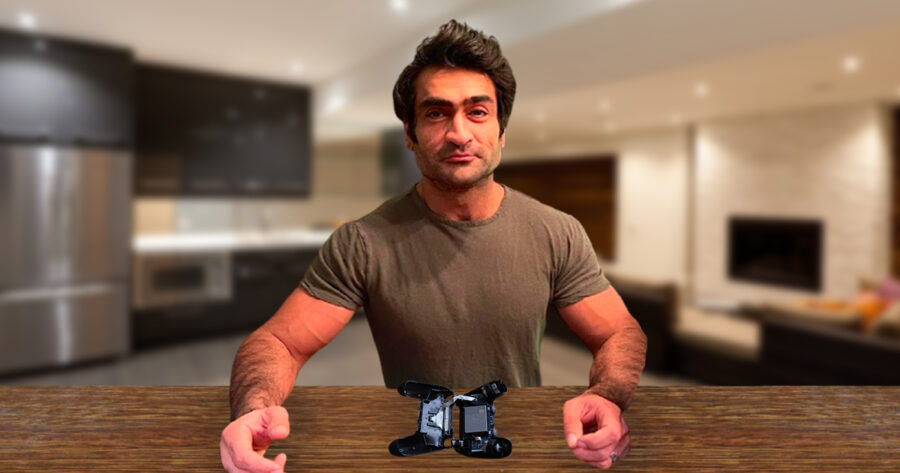 LOS ANGELES — Kumail Nanjiani has accidentally shattered a DualSense controller into a thousand pieces for the fifth time this week, this time while trying to play Spider-Man: Miles Morales on PS5.

“I had Miles standing on top of a skyscraper, admiring how the sunset peeks through the clouds, when some specks of snow started to fall. It was a really soothing moment, so I tapped the Create button to grab a screenshot. Plastic went everywhere,” said Nanjiani, sitting perfectly still to avoid tearing his skin tight polo shirt. “I just want to game. This has been a nightmare.”

In addition to changes in diet and exercise, Nanjiani’s body transformation has reportedly affected his gaming, costing him nearly $15,000 to pay for dozens of controllers per month.

“I’m having to take a ton more roles just to cover the damage,” he said, opening a closet full of replacement controllers, remotes, iPhones, eating utensils, mugs and any other items he might accidentally destroy with his toned, pulsing hands. “Do you have any idea how much it costs to replace the steering wheel on a Tesla? Stuber was a drop in the bucket.”

Despite the toll on Nanjiani’s emotional and financial state, Marvel Studios executive Kevin Feige says that the studio is happy to have him as jacked as possible, no matter the cost.

“We need Kumail to be as absolutely built as humanly possible for The Eternals, whenever that comes out,” Feige explained. “We had to compromise and let Kumail work out his own way, a rigorous routine of Ring Fit Adventure, various fighting games, and shouting matches online in FPSes, but it has obviously been incredibly successful. Esports are sports. People don’t realize the intense physical strength you need to play games like Melee at the top level.”

At press time, Nanjiani had sneezed, ripping his shirt and exposing his chiseled, glistening pecs.