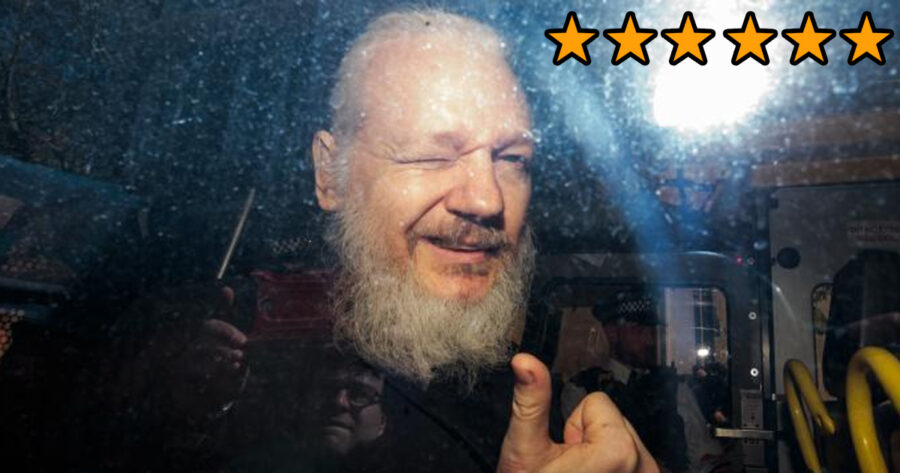 WASHINGTON — Founder of WikiLeaks Julian Assange immediately received a 6-star ‘wanted’ level after crossing the United States border, drawing all manners of law enforcement, in a historic first for an information publisher.

“Tanks were rolling down the street and helicopters were screaming overhead as police officers and a SWAT team ran towards who I thought was David Letterman,” said onlooker Geraldine Macintosh. “The officers kept insisting this was for my own safety and protection, but to be honest it made me uncomfortable. Like, even as a supporter of Assange’s work, I don’t mind him eating a little pavement to keep him humble cause he is a smug bastard. But the guy’s pretty frail and he didn’t even pull someone out of a car before stealing it!”

That sentiment was not universal as other residents of the capital cheered the strong government response while dodging cop cars speeding down the street with reckless abandon.

“Everyone knows the US law enforcement rating system,” shouted Chris Profaci as he dodged a swarm of little red lights that appeared briefly on his person. “Assange tried to undermine the United States’ ability to secretly take over other countries and that’s even worse than, like, destroying a helicopter. And he didn’t even fight back, he just laid there. He could have at least stolen some guns or spawned a tank. What a loser.”

In an attempt to appease those concerned about over the top law enforcement infringing on their rights, the Attorney General sent out a memo to border patrol agents to stop using rocket launchers.