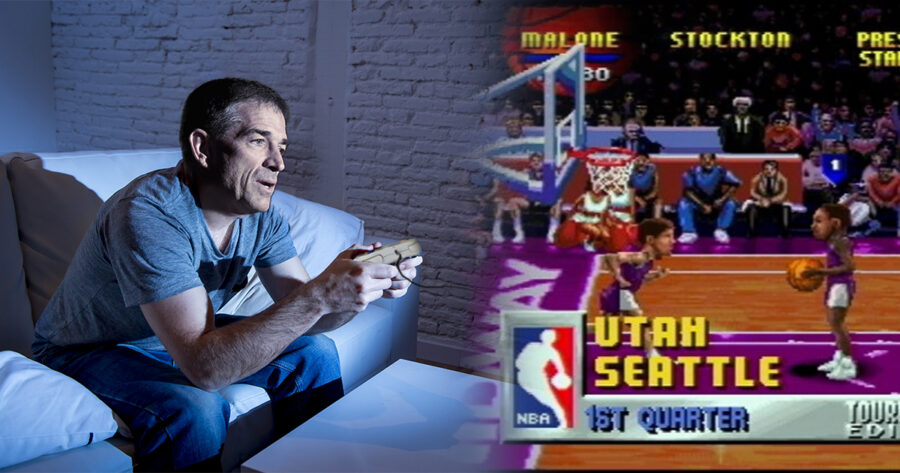 “It’s preposterous,” the NBA’s all time assist leader said while slamming his SNES controller. “Without Jordan in there, me and Karl [Malone] were the best duo in the game. Easy. But I’m all pass and defense stats. Why can’t I do one of these nasty dunks? I jump higher than the goddamn backboard, and then I just lay it up on the way down.”

“Oh wow, he still plays our game? That’s so cool,” Turmell said. “We were all such fans and made sure to give him a skill set that reflected his career long devotion to teamwork, passing and being white. You won’t find a better teammate than John Stockton in real life or the game.”

According to close sources, Stockton was not happy to hear the tepid response from Midway developers.

“Fuck that, I wanna jam it!” responded Stockton when told of Turmell’s comments. “I was on the Dream Team, I’m in the Hall of Fame, and I averaged a double-double for my career! But I guess if I want to break a backboard, I’ll have to select a more exciting player, like Washington’s Tom Gugliotta. Give me a break.”

The quest has reportedly fractured Stockton’s home life, with his family complaining about his extra hours spent in the garage that was recently remodeled into a gaming room.

“He told me I had to start parking in the driveway, and we haven’t seen much of him since,” said Stockton’s wife, Nada. “The only way I can tell he’s home is if I hear him cursing at the ‘Boomshakalaka’ guy through the walls. Or if he comes to the kitchen to grab a glass of juice.”