Is This New Fighting Game the Next Street Fighter? No. 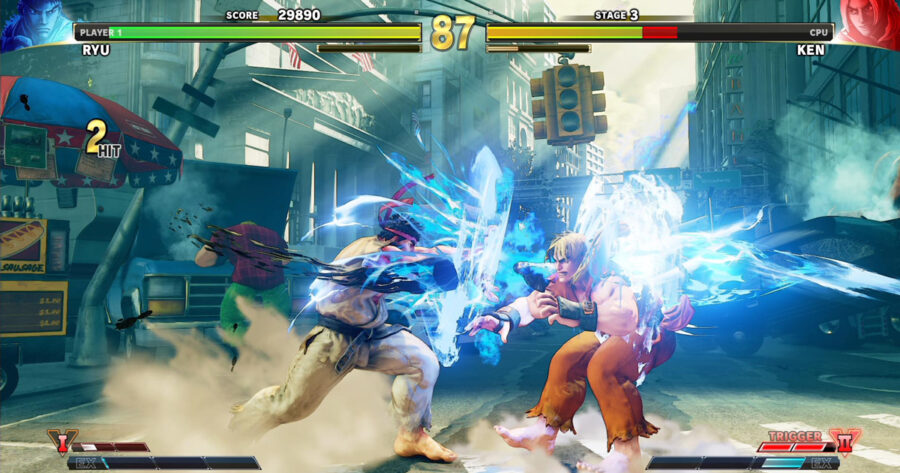 The concept art promised sixteen unique schoolgirl warriors from around the world, fighting for dominance with blistering amounts of combos, just as you remember from the classics!

But it turns out you can only play as two, Yuriko and Hikari, and they’re the same sprite with different coloured skirts, and every combo crashes your computer. I had to go kick-block-kick-block the whole time because the punch took two seconds to work.

Level 1 is sweet, just like the Kickstarter promised when I donated $30 three years ago. It’s really detailed, and the music has a thumping beat. Does the next level escalate the game’s tension and difficulty, like the old masters did?

Level 2 isn’t finished! Half the background is missing. Your opponent is called Opponent.

The third level, however, is where this game really takes a risk. The graphics disappear entirely and it becomes a text adventure, where you just type “I KICK,” “I BLOCK” over and over to defeat Opponent. No Street Fighter ever dared do this! Whether you win or lose (and Block doesn’t work so you usually lose), you get the same ending:

“THERES NO WINNER IN VIOLENSE.”

Whoa, could Schoolyard Head Stompers have been a deconstructionist work all along? Is the collapse of playability and the banal fight with its pointless ending a way of questioning the very nature of violence and whether it is correct for us to enjoy such things as games?

Of course it fucking isn’t!

The lazy bastards just slapped this shit together at the last second, so we’d stop asking where all our pledge money had gone. Why was I so gullible??