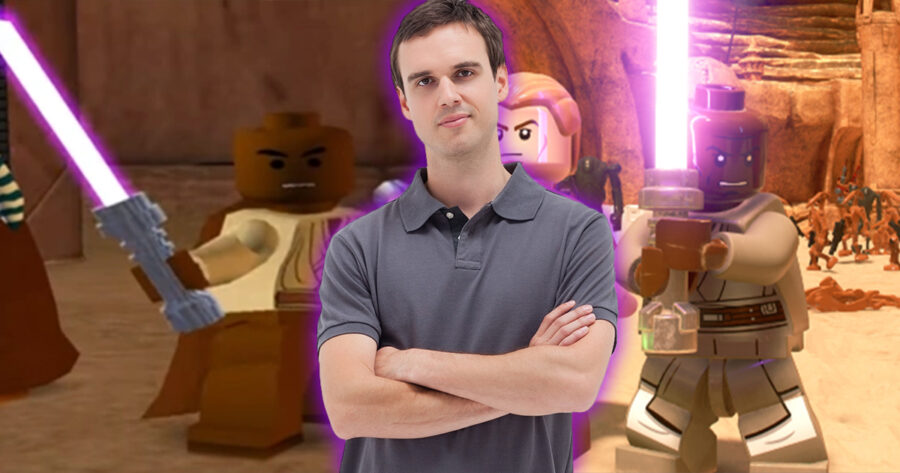 PHOENIX — Following the release of LEGO Star Wars: The Skywalker Saga, an insufferable fan was overheard loudly insisting that the original version of the games were infinitely better.

“That shit ain’t real LEGO Star Wars,” said Rich Frye, standing on a stack of used game cases inside of a GameStop. “Real LEGO Star Wars games cover a single film or trilogy and keep their collectathons to a reasonable amount. This latest version is completely overstuffed and incoherent. It’s all shine and no soul. What do I want to travel to every planet from every Star Wars movie ever if all of the action on screen is without any trace of fun or joy? Needless to say, my childhood has been retroactively ruined by this game.”

Many bystanders vocally disagreed with Frye, saying they were happy to give the franchise’s latest entry a shot.

“You know, it’s possible that guy thinks the one they played on the original Xbox is the best because he played it when he was 12,” said Aaron Livingston, a gamer that’s enjoyed the LEGO Star Wars games to varying degrees over the years. “Meanwhile, some 12 year old is gonna play this game and have a blast, and I don’t think they’re necessarily an idiot if they prefer it to its primitive version from a decade ago, you know? How can a video game release in 2022 fuck up your childhood, by the way?”

Meanwhile the game’s developers, Traveller’s Tales, insisted this was the conclusive LEGO adaptation of the Star Wars films.

“We went to exhaustive lengths to make sure this was the definitive version of the films we’ve come to know and love,” said Michael Paul, a lead designer on the title. “And now that the soul-crushing, press-making crunch we endured to make sure we made all nine fucking movies into a single affordable game is over, please, by all means, let me know how we could have done better. I welcome the criticism. That sounds great.”

As of press time, Frye was spotted buying a copy of LEGO Star Wars: The Skywalker Saga, “just to see how much it sucks.”