Inspiring: This Overwatch Team Started Winning After Their Genji Called Everyone Gay and Left 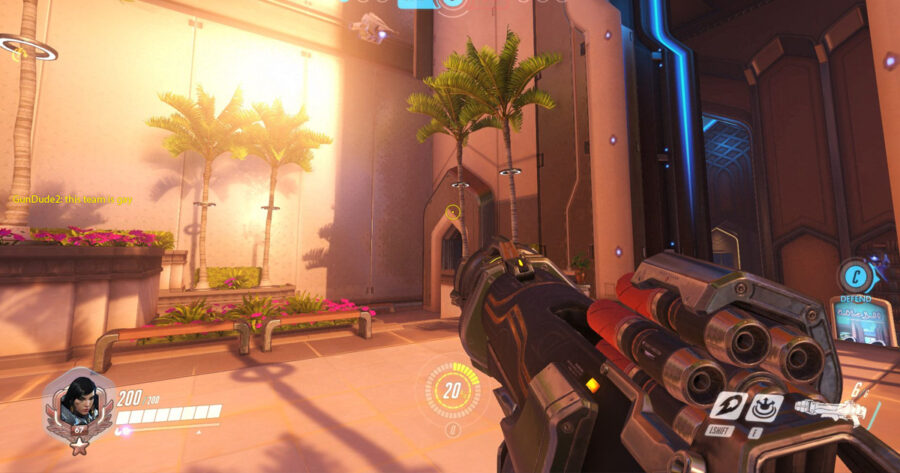 Overwatch is a game won by strategy, skills, and a little bit of ol’ fashioned teamwork! That’s what makes this next story a real heartwarming tale of sportsmanship and the willingness to put theory into practice.

According to user RADxDAD, “It was a pretty normal quick play game on Nepal. We started on Shrine and everyone picked DPS or heals, no tanks. Our Genji locked right away and I could tell he was going to be a bit extra. His mic was on and he wasn’t talking, but you could kind of hear him eating something that sounded like Cool Ranch Doritos.”

Little did the team know, that enigmatic Genji, reportedly a player named GunDude2, was about teach RADxDAD and the rest of the team a little something about leadership.

“We lost point right away,” said RADxDAD. “GunDude2 kept rushing in and getting completely crushed with no backup. He kept telling me to heal him but it’s like… I can’t heal you if you’re behind 3 walls.”

After the enemy team secured the first control point victory, GunDude2 unleashed a motivating speech that will go down in the annals of competitive sport history alongside the likes of Vince Lombardi and Ray Lewis.

“Ya’ll fucking suck. I have no heals. Someone needs to kill their Widow. Junkrat break their fucking shield jesus,” expounded the Genji. “God this team is so gay, I’m fucking done.” He then left the match, seemingly hoping to inspire his team much in the same way a baseball manager will get himself ejected from a game to light a fire under his players.

Clearly his words had an impact because something amazing happened: the team started winning! In an amazing turnaround RADxDAD and his crew — minus their ninja professor emeritus — won the following two rounds handily by applying the skills they were taught minutes earlier by their inspirational leader.

Wow! We hope this story gets turned into a movie or something, because it’s just so lovely!

Asked whether he’s thankful for his master’s game winning advice, RADxDAD said, “Well we also had a Zarya join on backfill and she actually did a pretty good job too.”