Inspiring: This Mentally Impaired Blacksmith Continues to Hold Down His Job Despite Repeating Himself Every Five Seconds 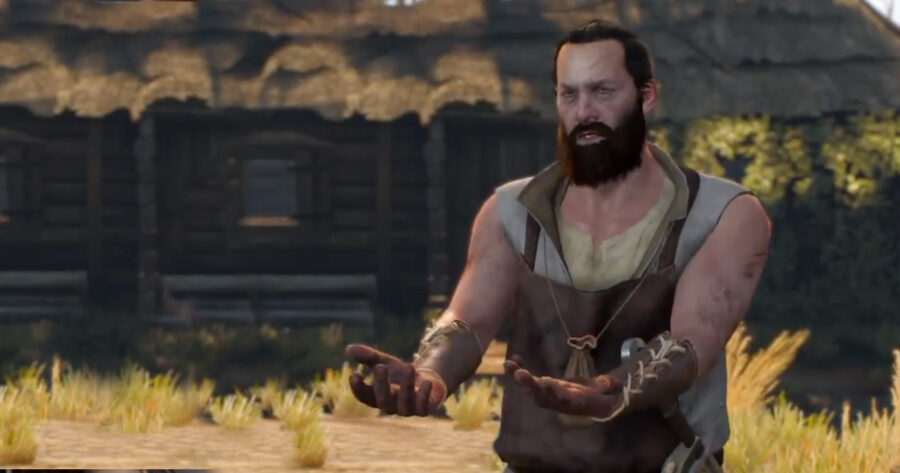 Staring blankly into the corner of his open-air bazaar-style smithing shack, a man known only as “Smitty” to travelers and locals alike tends to his wares. “We’re always open! Have a look around,” he warmly welcomes each customer, new and old. A pillar of the community, he fulfills the smithing needs of the townsfolk as well as providing a variety of weapons and armor for adventuring knights passing through their sleepy town.

And the most incredible thing is that he does it all while being clearly mentally handicapped.

Smitty suffers from a tragic condition that compels him to repeat the same one line, over and over, no matter how many times he is prompted. Cases of this debilitating affliction have drastically declined since the late 1990s, but the condition still affects many in lands where the resources to prevent this disease are scarce.

Despite his condition, most customers have grown to accept Smitty’s idiosyncrasies.

“I asked him for advice on one of his dex-boosted daggers, and the guy just welcomes me again,” said one visitor to the shop. “Like, even in the same tone and everything. At first it was creepy but then someone explained his condition to me and I was just so blown away someone could overcome so much to run their own business. Good for him; I made sure to only steal some of his stuff.”

While others can’t look past the man’s mental difficulties to see the human behind the anvil.

“I noticed a significant drop off in customer service after first walking in,” claimed another customer. “He wouldn’t say anything different to me until I bought something, and after that, he went back to saying the old line again! it was like we never met!”

Truly inspiring words from a man with a heart of gold and the speech capability of just eight words.

In fact, he isn’t the only blacksmith with this disorder that has found success. Smitty has identical quintuplets with similar shops across the country, all saying the same exact thing, all the time, regardless of context, forever. Wow!