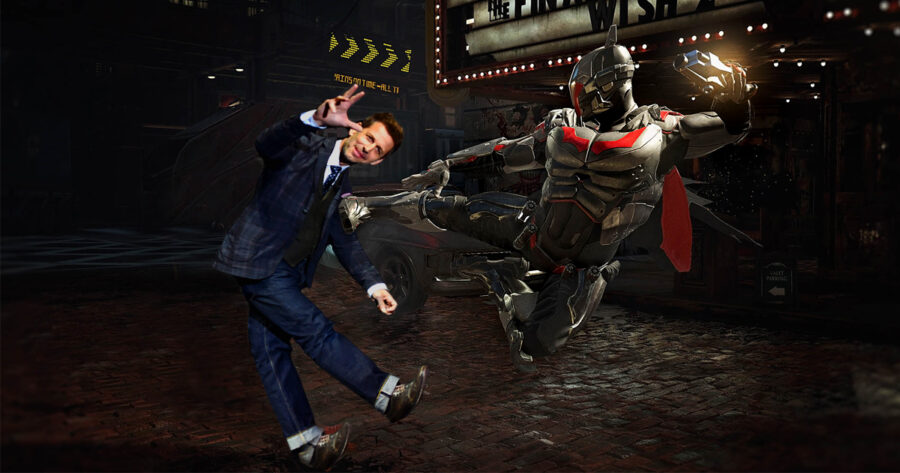 CHICAGO — Netherrealm Studios announced director Zack Snyder as a new playable character for the hit DC Comics fighting game Injustice 2 to coincide with the release of ‘Justice League’, finally allowing fans to use their favorite superheroes to pummel the man responsible for the trainwreck that is the DC Extended Universe.

For $5.99, the DLC bundle includes Zack Snyder, who has no offensive moves and who alternates between whimpering, apologizing and saying “I deserve this for making Batman brand people” when hit.

The character has a variety of alternate skins like “Director of ‘Batman v Superman’ Snyder”, “Director of ‘Sucker Punch’ Snyder” and “Joss Whedon.”

Detractors, however, are upset about the inclusion, stating they wish the DLC packs included more traditional characters, instead of a blatant appeal to the current DC films.

“I understand DC wants to take care of the movie fans by including their favorite cinematic villains,” said Jason Kraushaar. “But what about the old villains from the comics like Scott Lobdell, Brian Michael Bendis or latter-day Frank Miller?”

“DC has a rich history of creators I would like to repeatedly punch in the face and I wish the games tapped into that more,” Kraushaar added as he slid returned hand-written death threats into the sleeves of various comic books he collected.

Snyder’s super move is reported to be a filter of darkness that covers the otherwise-colorful DC universe so nobody can really tell what the fuck is happening anymore. Other than that, Netherrealm Studios explained that Snyder — although a playable character — has no moveset; he can only be attacked by other characters.

They did, however, promise that absolutely no attacks used against Zack Snyder would be shown in slow-motion.

At press time, Netherrealm announced the next DLC character would be “Jared Leto as the Joker,” who players can only defeat by yelling into their microphone, “Thirty Seconds to Mars is derivative U2 garbage.”