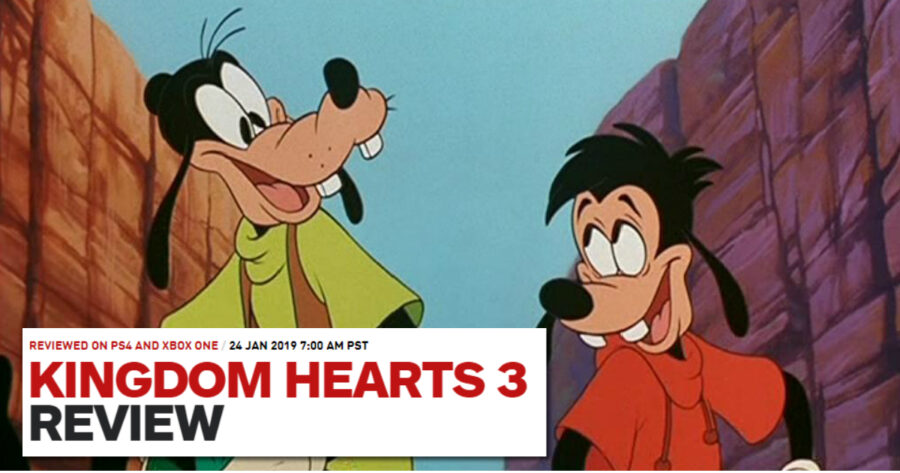 SAN FRANCISCO — Gaming website IGN has updated their review for Kingdom Hearts 3 — raising its final score from a 4.4 to an 8.7 — after realizing that the article’s writer had mistakenly reviewed the animated film A Goofy Movie instead.

The error was fixed after eagle-eyed commenters began noticing some discrepancies between the review and the newly released Kingdom Hearts 3. One IGN user questioned the writer’s criticism over the game’s brief 81 minute length, while another pointed to a paragraph that claimed the game’s iconic keyblade had been replaced with “the leaning tower of cheeza.”

“Look, we all make mistakes,” writer Jonathon Dornbush explained. “Sometimes you accidentally skip over an entire section of a game, sometimes you pop a DVD copy of 1995’s A Goofy Movie into your PS4. I mean, they both have Goofy on the cover!”

In the original review, Dornbush slammed Kingdom Hearts 3 for being a major departure from the core series, lamenting Square Enix’s decision to follow-up on Kingdom Hearts χ Back Cover’s non-interactive approach to gameplay. The review also criticised the game’s soundtrack, calling its several musical numbers, such as opening song “After Today,” hokey.

“Our writers are under immense pressure to play and review these games quickly,” Chief Content Officer Peer Schneider wrote in an editor’s note. “You can’t expect a journalist to find every single secret in the game. Just last month, we had to update our Super Smash Bros. Ultimate review after realizing that it contained more characters than the 8 you start with.”

IGN reaffirmed their commitment to high-calibur videogame criticism, and promised readers that they can expect their review of Kingdom Hearts 3.6: An Extremely Goofy Epilogue to go up this Friday.

And we’re on Patreon too!. Patrons get ad-free episodes, their name in a Hard Drive article, and even the chance to be featured in Hard Drive photo on Instagram, plus so much more.