I Survived: My Mic Was Muted for Two Hours and No One Noticed 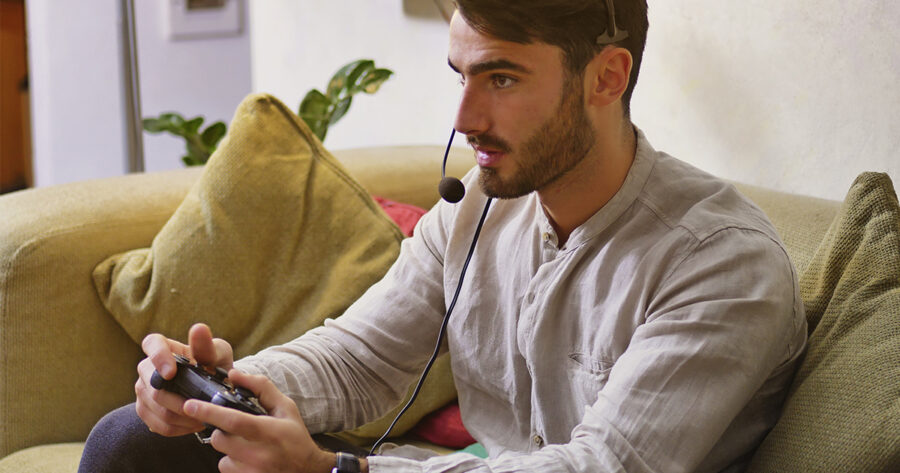 Heart palpitations. Cold sweats. “Why is no one listening to me?” I wondered to myself, rifling through a mental rolodex of every interaction I’d had with my friends and searching for some dumb shit I said that pissed them off. I couldn’t think of any reason for them to give me the silent treatment. I made little jokes, no one laughed. Was I dead to them? Was I dead?

I’m used to people not listening to me in the real world, but not in the squad. I’m the kind of guy that is constantly skipped over by bartenders, called the wrong name by baristas. Hell, my mom has called me my brother’s name so many times that I’ve stopped correcting her. She even writes it on cards now.

Video games are one of the places where I don’t feel invisible. People have to know I’m there if I’m a part of their squad or when I’m shooting them in the fucking face. That’s why I yell so much, and do so much aggressive kneeling over their dead faces.

So that I can be heard.

You can only imagine the emotional turbulence that I endured when I played Fortnite with my mic muted for two hours and no one even noticed.

Honestly, I still haven’t completely recovered from the incident. I have nightmares where I’ve dropped into Tilted Towers and I’m desperately trying to tell my squad that some asshole’s already got me pinned down … but no one can hear me. Remember in Titanic when Kate Winslet says that she feels as though she’s screaming at the top of her lungs in the center of a crowded room and no one even looks up? It’s exactly like that. I wouldn’t wish it on my worst enemy.

When I finally unmuted my mic, I was met with a thunderous chorus of salutations. I was reunited with my friends, and my existential nightmare was over. When I asked my friends if they’d grown concerned that I had been swallowed into the void eternal, they informed me that they merely thought I was taking a shit.