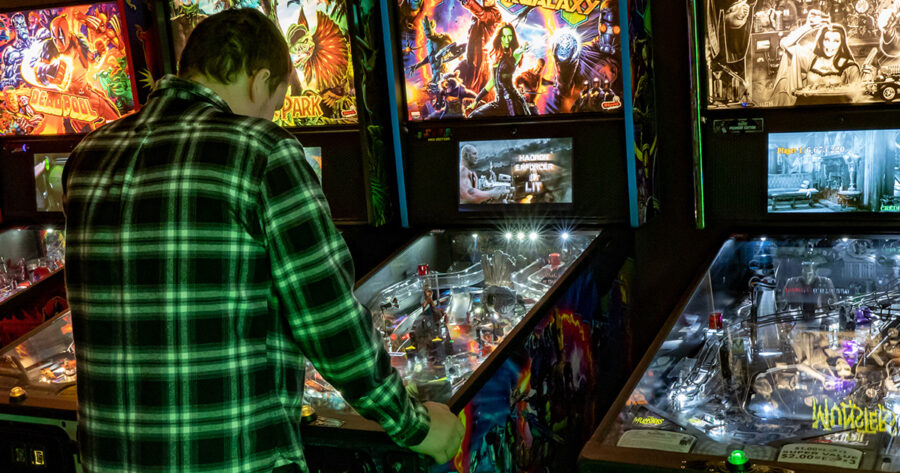 CORNWALL, Canada — A great big liar named Chuck Dederich was recently spotted at local arcade Seven’s Pinballorama claiming to understand everything that was happening during a game of RoboCop VS Terminator 2: In Space, sources have confirmed.

“Look, let me break it down to your level, champ. See this little silver ball? Think of it as the titular Robotic Cop,” said Dederich, lying through his gritted teeth as he stared into the overwhelming neon chaos taking place below the glass. “You send him out of the launcher, and try to hit those things over there, they’re the triple bonus score. If you hit ‘em three times, you go into turbo mode, but if you roll over that other thing six times, that opens up a new thing and you gotta hit it 4 times divided by the amount of times you hit the other thing like to the left but not like, the far left. Hey, you know that song Pinball Wizard? That’s kinda like me, lowkey. Like that shit really resonates with me. They play it pretty much every time I’m here, it’s like it’s for me almost.”

“I don’t think any of that stuff is happening at all,” Seven Graylands, owner and operator of the arcade. “Look, I own the place. Hell, I’ve built half the machines. Lemme tell you — you take the ball, you hit the paddles, and sometimes a compressed voice clip from a licensed franchise comes outta the thing. It begins and ends there. As far as I know, anyway. I don’t really play them anymore. A few years back, I somehow fucked up and had like 4 balls going at once, scariest shit I’ve ever seen. Never fully recovered.”

Developers confirmed that there’s no larger comprehension of the games’ objectives and goals to be had.

“Oh no, we just made it say silly shit once in a while so it sounds more like a video game, same as any other pinball table,” said John Starling, a designer of RoboCop VS Terminator 2: In Space. “‘Hit the ramp, light up the thing,’ it’s all just nonsense. Whack that blasted ball with the paddle, that’s really all you can do. Anyone who says they have a deeper understanding is a liar.”

At press time, it was revealed that Dederich had unknowingly been attempting to play the game on attract mode the entire time. When questioned, he responded “Y’know, it’s jazz; sometimes it’s more about the balls you don’t hit. Whatever, I don’t expect you to understand.”