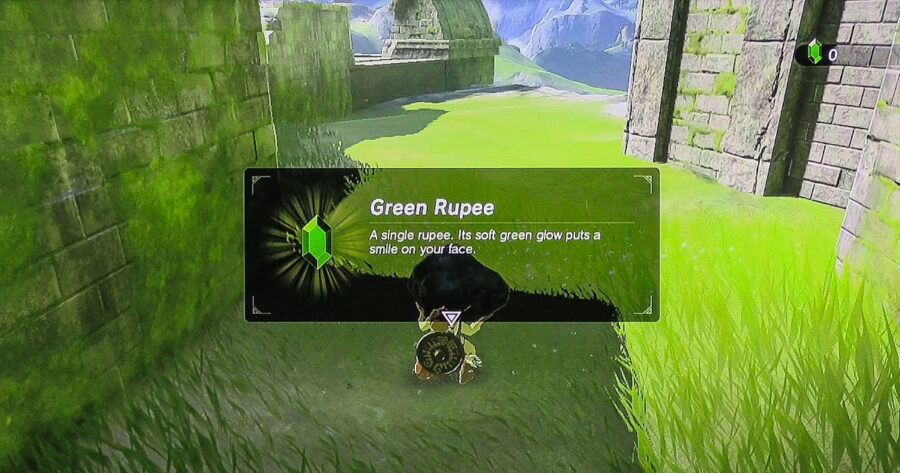 HYRULE CASTLE — The Hyrulean Royal Senate deliberated this morning on a bill to remove the green rupee from circulation, the legislature’s Gossip Stone confirmed.

“It’s about time we took this question seriously. Sure, Ganon’s repeated genocides are a problem, but inflation mixed with a lack of prudent monetary intervention can plunge Hyrule into just as much chaos,” said Senate Majority Leader Mitch McKorok. “If we’re gonna stick with a giant crystal currency that’s a pain in the ass to lug around, we should make sure each one is worth a damn.”

The bill follows a long-standing debate about the green rupee’s value in an economy where item prices have continued to soar.

“Let’s stop beating around the Deku Scrub here. Everybody knows green rupees cost more than they’re worth due to the expense of mining and enchanting them so they float just so slightly above the ground,” said Senator Kopper, D-Goron City.

“Everything you buy these days is priced in intervals of five, so the 1-unit rupee has become pointless,” he added. “They’re such a nuisance that people just toss them in the grass — unlike truly valuable currency that’s securely stored in treasure chests scattered throughout dungeons and caves.”

Despite growing legislative and public opposition to the denomination, there are many parties who are adamant that the green rupee remain in production.

“It’s easy for people to dismiss green rupees from their ivory Sheikah Towers, but this ignores the tremendous value they hold for disenfranchised Bokoblins and others on Hyrule’s oft-neglected lower rungs. Plus, as a link to our society’s past, this humble gemstone has irreplaceable significance to our collective history,” said a spokesfairy from the Hyrule Cross-Timeline Historical Society. “What would killing the green rupee mean for all the hard-working minigame owners who drive so much of our economy? I hope the senate keeps this all in mind instead of just catering to the giant wallets of the upper classes.”

The senate will hold an official vote on the bill after the next blood moon.