Huge Earthbound Fan Excited to Play It for First Time 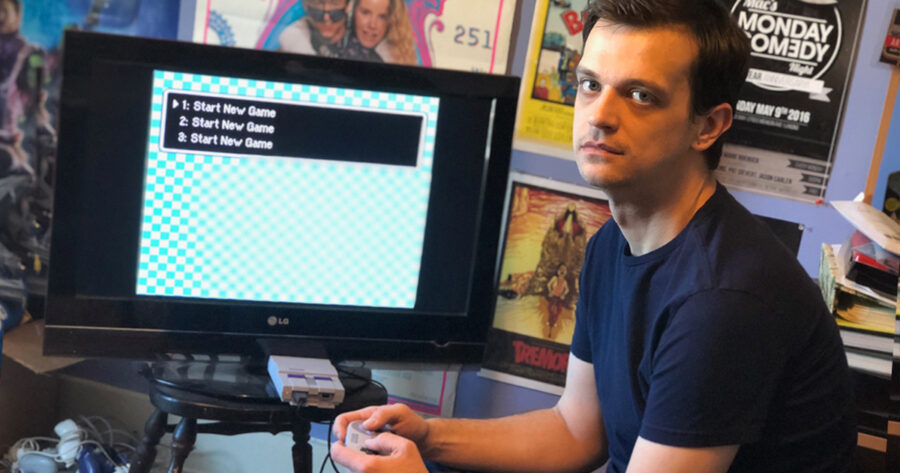 BERKELEY, Calif. —  Diehard Earthbound fan Chris Strzalkowski is “beyond excited” to finally play the 1995 Nintendo RPG for the first time this afternoon, according to close sources.

The 28 year-old Berkeley native runs the Tumblr blog “Mother (May I?),” a site dedicated to the 16-bit game. His love for all things Earthbound extends beyond just the internet, with posters, art, wall scrolls, and more adorning his apartment.

“It’s basically a crime this game went unnoticed when it was released,” Strzalkowski said. He then launched into a long monologue about how he wished he had known how important the game would become for people looking for a quick reference point on which to hang their retro bonafides.

“I remember hearing about how Blockbuster was selling them for $5 a pop in huge piles,” Strzalkowski said, referring to a story he heard on a 2016 episode of the Retronauts podcast about the game.

“Imagine how awesome that would have been, to pick up a bunch of those copies on the cheap?” he mused. “Especially for a game themed around an idiosyncratic portrayal of Americana and Western culture, subverting popular role-playing game traditions by featuring a real world setting while parodying numerous staples of the genre,” he added, quoting the Wikipedia description nearly verbatim.

Strzalkowski has a lot to say about the way the game was marketed in the United States: how the bizarre scratch and sniff cards included with the strategy guide may have turned off consumers, but little to say in the way of gameplay mechanics or particular characters from the game that spoke to him in a way that might help explain his obsession, with one exception.

“I definitely stood in line at GameStop for the exclusive Ness amiibo,” Strzalkowski laughed. “I’m honestly one of the biggest Mother fans there is, which is why I can’t wait to finally try it out on my Super NES Classic.”

Strzalkowski plans to start up a new save file right after he finishes his latest Tumblr post demanding the release of the English translation of Mother 3.