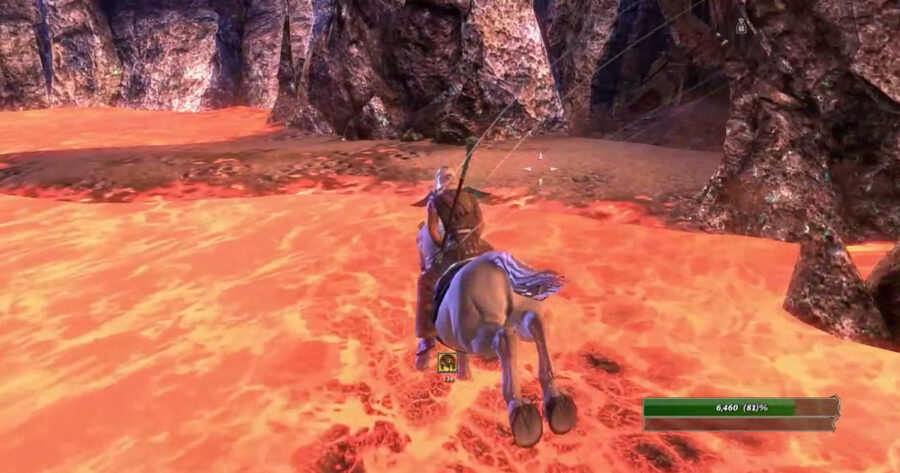 IMPERIAL CITY, Tamriel — MolagMoProblems, a dark elf who has not seen her beloved piebald destrier Fuckstick since she galloped the horse into a pool of lava outside of Ald’ruhn, expressed no worries about the sturdy beast of burden.

“I guess you could say I Vvardenfell off,” quipped the sorcerer. “But I’m not going to birth a guar over a little burning horsehair. Fuckstick’s seen worse. Everyone needs to calm down, it’s just lava.”

A nearby observer expressed doubts. “I saw it sink into the melted rock like a Jarl into mead.”

King JorUnnoyingMe was similarly unbothered about the fate of his Frostbane horse Boobs, who he fell off during the first big push in veteran Hel Ra Citadel. “Yeah, I heard some arrows thumping into flesh. And some screams. But that was probably just the noobs I picked up in Belkarth bleeding to death. Boobs has a really thick coat.”

Substitutes-Tofu, a spokeslizard for the Argonian Society for the Protection of Crownstore Animals, however, expressed concern about the treatment of mounts throughout Tamriel, “I erect the spine of concern.” The Argonian said that riders frequently abandon their mounts at the worst possible time, leaving guar in snowbanks and wooly bears in the middle of the Alik’r deserts. “It’s more scandalous than a children’s production of the Lusty Argonian Maid.”

Other mer saw no need to worry. Orc DelicateTusk69 described her mount as very independent. “I didn’t spend all that gold on stamina lessons for nothing,” said the orc. “Last week I left Princess Sparkle in the middle of an ogre camp.” When the orc returned to the camp, the horse was gone.

“She’s off on a little adventure,” said the blasé orsimer. “On the plus side, those ogres left a terrific stew in the pot.”