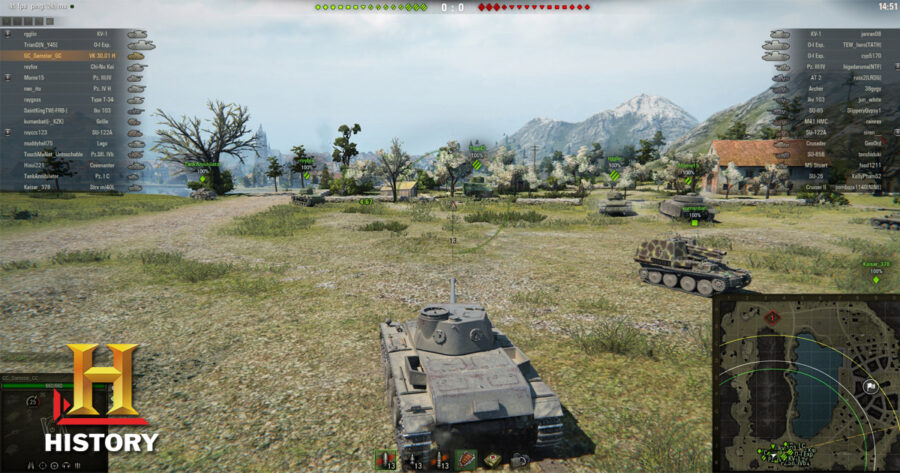 CHICAGO — Viewers tuning into The History Channel at 9 pm last night were surprised to find the scheduled World War Two documentary was just a livestream of someone playing World of Tanks.

The documentary featured several bold claims that have proved controversial in the historical community, such as the reason the Germans lost World War Two was due to “fucking Russian bias,” that late war German tanks were so strong they could take on modern day tanks and that the vast majority of tank drivers were thirteen-year olds on Xbox Live.

The reception in the historical community has been mixed with some historians reluctantly supporting the program for at least not being about aliens.

“Well, I mean, they were driving T-34 tanks when they talked about the Battle of Stalingrad, which is the same tanks the Russians used,” said Colleen Diaz, a history professor at Harvard.  “With that said, they went up against experimental American tanks while calling them homosexuals which is not supported by any primary historical documents.”

“At least it’s not another show about men who live in the mountains, or people who sell stuff,” she said, sighing.

The program, however,  received an incredible reception from its mostly young and male audience.

“It’s like Twitch that you can watch lying on your couch!” said 19-year-old Alex Johnson. “History is so fucking fun now.”

Despite its tenuous connection to history, the program set a new ratings record for The History Channel, beating out “Ice Road Truckers,” “Ancient Aliens,” and “Something Something About Hitler.”