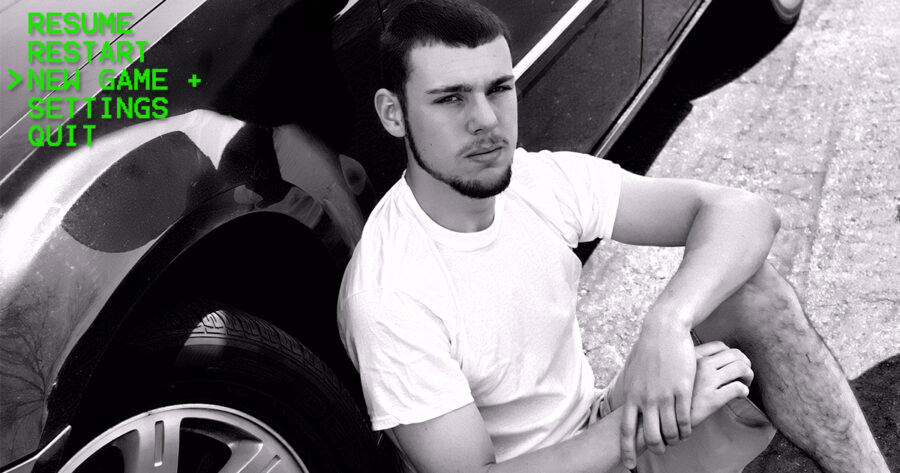 HAMILTON, Ohio —  After choosing the “bad grades” story route during his initial playthrough of senior year, Tommy Martin has began a New Game Plus run of the twelfth grade, pledging to make much different choices this time around.

“I’m gonna try and unlock the Honor Student path this time, cause I feel like I missed a lot of narrative stuff by choosing to do badly on tests,” the brave adventurer said. “They’re letting me keep the same locker and homeroom, so that’s pretty cool. Also this time around I can stop at any shop in town and get cigarettes.”

Martin’s New Game Plus will allow him to carry over things he earned during his initial playthrough, including weapons, school supplies and notes he’d copied from his former classmate Hank Berman. Despite rumors to the contrary, Martin will be unable to skip through social functions, assemblies, and other cutscenes from the school year.

“We can’t let him just not attend an important assembly just because he sat through it once already,” said guidance counselor Anne Olson. “That’s ridiculous. Clearly not very much got through to him last year. I mean, sure he finished, but only with a 53%.”

Many close to Martin questioned whether his time would be better spent on a new pursuit, as opposed to replaying an experience he struggled with the first time around.

“If I were him, I don’t think I would’ve started a NG+,” said Tanner Martin, Tommy’s step-brother. “If he’d grinded his charisma or knowledge this summer to make the year smoother, I’d understand, but he just spent it playing the fishing mini-game down at Hunt Pond with our dad. He should’ve just started a new save file at a trade school. Let’s face it, he’s never gonna be a straight S student.”

Despite opposition from his own family, Martin truly believes that this year’s playthrough will be more successful than his previous one. “I’m gonna get the True Ending this time and graduate, no doubt about it. And if I don’t, then I’ll probably end up getting into Farming Simulator or one of those truck driving games or something.”