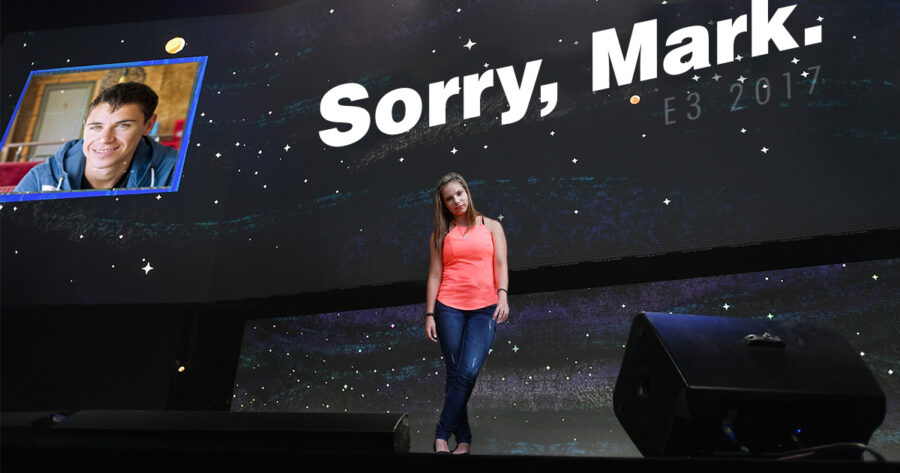 LOS ANGELES — Graduating high school senior Cheryl Dowd announced she has no plans to port what has so far been a successful relationship with boyfriend Mark Walker to college, reports from her E3 conference today confirmed.

“The fact that I am not taking this dating experience to the next generation of my life should not be read as regret about entering into it in the first place,” said Dowd to a packed, cheering audience at E3.  “I will always cherish Mark but it is time for Cheryl Dowd to take her first exciting step into the future of college relationships.”

When asked, Dowd stated that she is not convinced giving their romance a collegiate installment would improve upon the original.

“Whenever Mark wants to relive the time we spent together, he can always replay the memories by walking around our old high school,” she said in an interview after her presentation. “That option will always be there and I don’t see why changing the setting to my new college would make the experience better. It would just be cashing in on nostalgia.”

Despite strong demands from Walker and his friends for a port on social media, Dowd insisted that she would not be changing her mind.

“There are simply more resources that will allow me to make a better relationship from scratch once I go to college,” said Dowd.  “Plus, I expect my next boyfriend to look very different from Mark. I’m not interested in dating slightly better looking versions of the exact same guy over and over again for the rest of my life.”

Walker, however, launched an ultimately unsuccessful Twitter campaign to port the relationship to the next generation of Dowd’s life: Dartmouth University.

“Everyone loves Cheryl and Mark!! Don’t fix what ain’t broke! Let’s all tweet @CherylDowd99 and tell her we want MORE and MORE editions of #MARKWALKER,” tweeted Walker.

When asked to comment, Walker stated that while obviously disappointed in Dowd’s decision, he holds out hope their relationship might get relaunched after college when she is strapped for cash and looking to exploit their original success together.