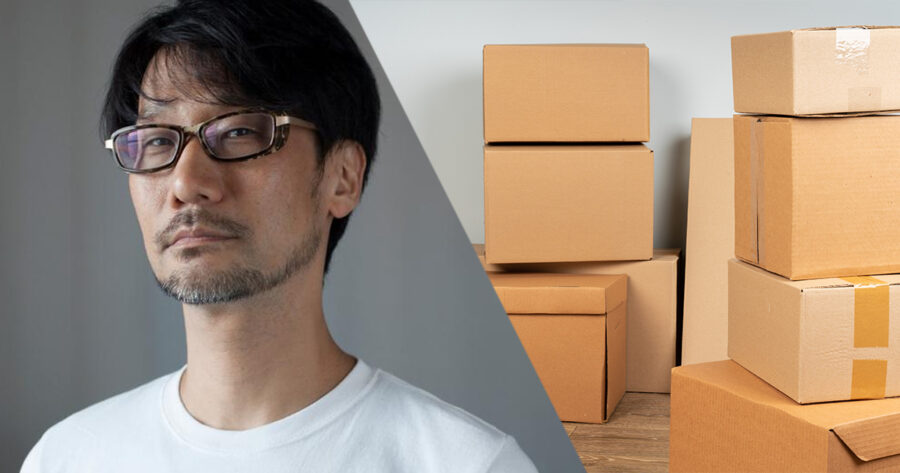 TOKYO — Hideo Kojima fans are obsessively looking for clues in the director’s latest string of cryptic tweets, which sources say could either be teasing a sequel to Death Stranding or just documenting all of the game designer’s favorite boxes that are sitting around his office.

“I was absolutely positive that he was teasing a new game, but now I’m less sure,” said Kojima mega-fan Max Stiller, who says the theory originated after Kojima tweeted a photo of a stack of metal boxes with no caption. “I thought this could be a reference to Death Stranding’s box-stacking gameplay and started tweeting that there must be a sequel coming. That fizzled out pretty quickly when Kojima’s next tweet had another picture of a box with the caption ‘I like this box, too.’”

Despite false leads, the rumors have led fans to dig further through Kojima’s feed for any recent posts that could be a clue. One fan pointed to a photo of actor Dustin Hoffman with the mysterious caption “You want me to produce your war?” as evidence, but Reddit users quickly pointed out that this was just an innocuous reference to the 1997 film Wag The Dog, which Kojima happened to have watched that day.

Speculation ramped up even further as Kojima tweeted photos of himself with different celebrities such as filmmaker Alfonso Cuaron and actress Kerri Russell. Some fans thought this could be a hint at a collaboration featuring the two stars as cast members, but those hopes faded once Kojima posted additional selfies with Andrew Dice Clay and the Insane Clown Posse revealing no pattern whatsoever to any of the images.

“I see Twitter as my own scrapbook, where I post all the memories that excite me,” Kojima explained when we asked for comment. “Social media is the tether that links us all. It’s a window to the human s– Huh? Am I working on a new game? Oh, no.”