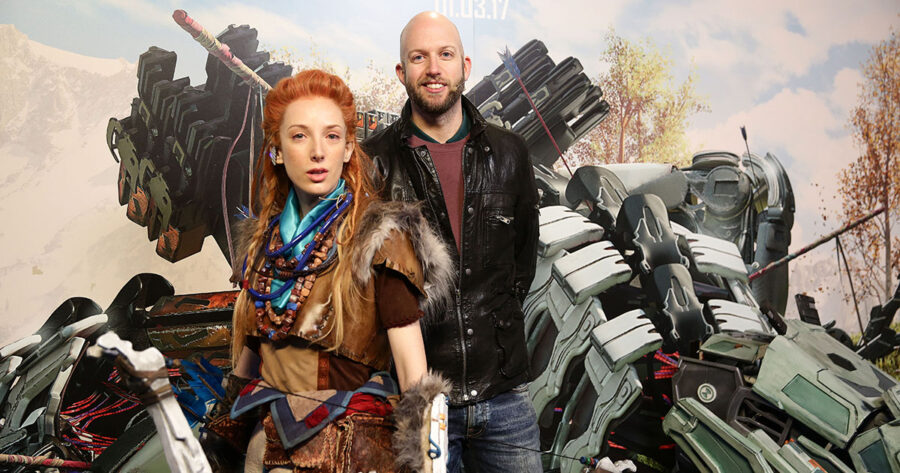 “I will admit there were mornings where I woke up and never thought I’d see this day… especially the ones where I had morning wood,” said Willemsen, as he accepted the Outstanding Achievement in Game Design award from the European Game Critics Association. “Fortunately, I learned that I could be titillated by any size pair of breasts and that personal growth is what led me to this day.  Thank you everybody.”

Willemsen’s co-workers spoke glowingly of his courage and determination to break barriers in an industry notorious for its risk averseness, especially when it comes to titties.

“When Jochen came up to me and said he wanted to give our character a C-cup instead of a perky G-cup I almost fired him on the spot,” said Horizon Zero Dawn writer Ben Schroder. “I am so glad I didn’t; once he mocked-up some models of Aloy in a fur belly-shirt and realistic breasts, I surprisingly found myself still aroused so I greenlit it.”

“I’m glad we could find a compromise with a character that promotes body positivity while still inspiring me to jerk off in the company bathroom,” he added.

At press time, despite the celebratory mood at the studio, not everyone was happy with the joyous occasion.

“Is this how it felt when everyone in America was celebrating women finally being allowed to vote?” said dejected game developer Florentina Neagu, sitting at her desk as confetti fell around her. “Doesn’t anyone here want to talk about the gameplay?”