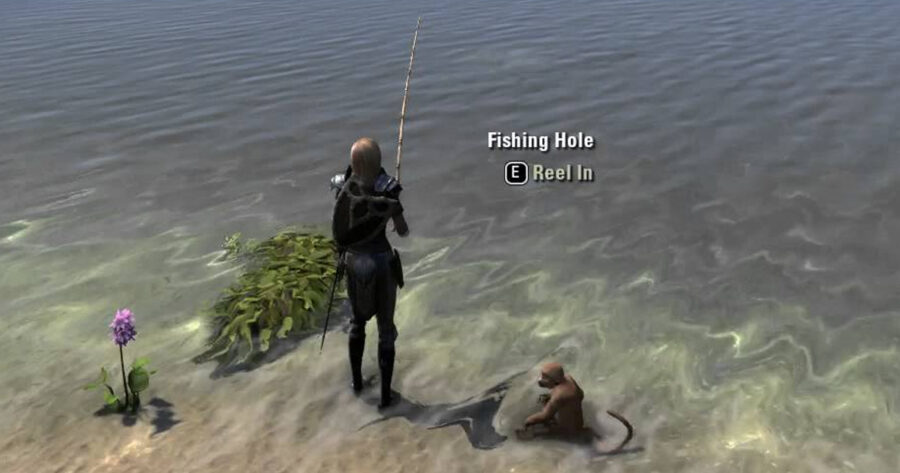 TAMRIEL — A local hero, who many citizens of Tamriel are counting on to save their land from impending doom, has instead taken up an interest in fishing, according to close sources.

At press time, it had been 14 days since the hero took any steps toward completing the prophecy that promises the removal of evil in the world by their hand alone, causing the citizens of Tamriel increasing levels of distress.

“We were all really excited when the hero of prophecy had arrived,” said a local potion seller. “Before that, we were all pretty much resigned to our fates, but now this supposed hero of legend just won’t stop fishing. Is this some cruel joke from the Gods? To provide us a hero that is treating our world like his own personal fishing extravaganza?”

Rumor has it that the hero is interested in catching the biggest fish in Green Lake, but citizens aren’t convinced that it’s the best use of the hero’s time.

“They just keep trying to sell me fish,” says a local fish merchant, “and it’s like, yeah, I’ll buy your fish, they’re good fish… but can’t you fish later? Like after you have diverted the impending cataclysm threatening our land? Then there will be plenty of time to fish. I am not saying don’t fish, but maybe reorder your priorities. That’s all I’m asking.”

“I mean, I must’ve bought at least 200 of his fish, it’s actually creating a real imbalance in the local economy as the price of fish has plummeted,” the merchant continued. “Again, they’re just catching so much goddamn fish while dragons perpetually set our houses on fire.”

When reached for comment, the hero would not speak to reporters as the hero does not speak to anyone, leaving their obsession with fishing a mystery and the fate of the Tamriel unclear. According to one local sheep merchant, however, it could be far worse.

“Honestly, if the hero finds out about that new trading card game everyone’s playin’, we’re all fucked.”