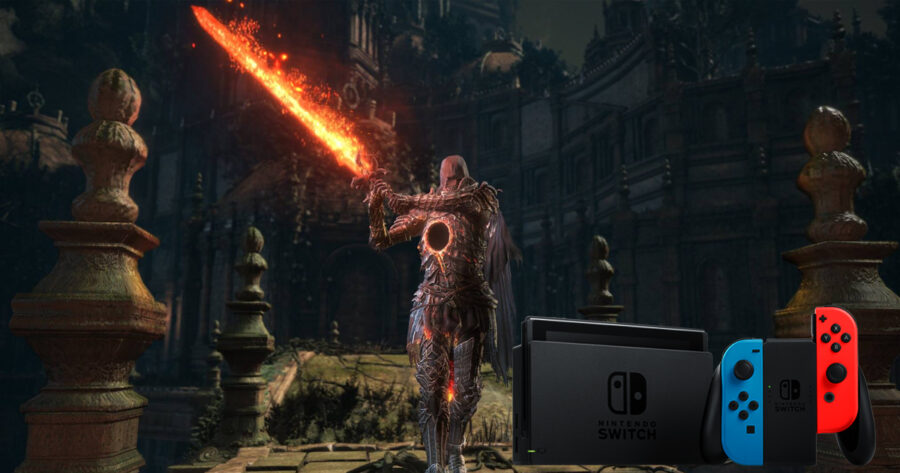 Dark Souls is coming out for the Nintendo Switch despite the fact Nintendo consoles are only for children. I would question FromSoftware’s decision to honor your preschool console with their immaculate creation but they are Gaming Gods I dare not question.

So here’s what you need to know about the story before you start this game and puberty:

The Age of Ancients

In the Dark Souls universe, the world  was shrouded in fog; inhabited by huge trees and dragons.

Everything’s super grey, depressing, mature and made for adults, unlike all that kiddy cartoon bullshit you slurp up. However, the Age of Darkness came to an end when fire entered the world. Fire created a bunch of disparities. Light and dark, heat and cold. Everything’s like two sides of the same coin.

You’d understand if you were cool and smoked kush like me.

Out of the dark, a bunch of people swarmed the fire, four of which got different “Lord Souls.”

Are you paying attention? This isn’t some cutesy star-bullshit. Fucking Lord Souls.

This big skeleton dude named Nito got the Death Soul, which makes him the most metal of the four lords. You’re too young to understand metal but give it six years and you’ll love things with skulls on it like me.

The Witch of Izalith got the Life Soul, which lets her control fire. She accidentally messed everything up and turned most of her kids into demons. She’s got one normal daughter, plus two daughters she accidentally mixed with spider demons. They’re hot, but freaky. Like Birdo, to put it in terms you might understand.

Gwyn got the third Lord Soul which lets him control lightning. He teamed up with the other lords and a little cuck dragon named Seath the Scaleless to take down the dragons who ruled the world in a badass battle. If this was a Nintendo game they probably would have played some lame mini-game and got stomped by Bowser like total pussies.

The last lord was the Furtive Pygmy who sucks and probably owns a Wii U.

You’re probably wondering how you can play Dark Souls on a cardboard piano. You can’t. It’s not that kind of game. It’s dark and it’s deep and it’s important. Maybe too deep for you. But it’ll open up your mind. So strap in and prepare to die, you pathetic dweeb.