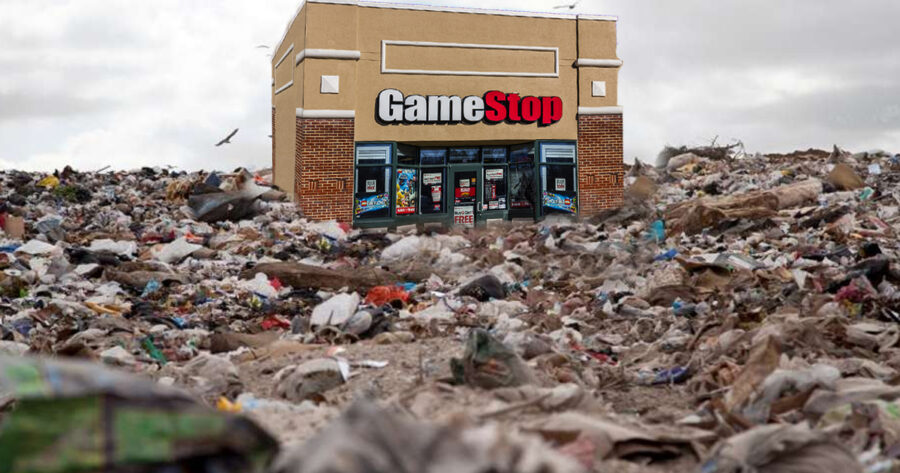 ALAMOGORDO, N.M. — A recently opened GameStop experiencing a rash of paranormal phenomena was discovered to be built atop the infamous landfill containing cartridges of E.T. the Extra-Terrestrial, the game long thought to have killed the seminal Atari 2600, according to close sources.

The New Mexico landfill on which the GameStop sits contains thousands of unsold copies of what is considered the biggest commercial failure in video game history. Many believe the store’s presence has desecrated the game’s’ final resting place, and that spirits are now seeking vengeance against the purveyors of much more popular titles.

“Used PS3 controllers fly off the shelves, consoles turn on and off, pre-orders completely disappear from the store computer,” Owens said. “Customers are so terrified that they often times run out of the store without even signing up for a PRO card. They’re really missing out on some big savings.”

The occurrences range from harmless to downright terrifying. “The other day I asked a kid when his parents were going to come pick him up,” said employee Joe Wood.  “Then he looked at me and whispered ‘In just a few minutessss,’ so I ran for my life.  I knew it was haunted because no mortal child has ever been left unattended in one of our stores for less than an hour.”

Employees contacted paranormal expert and self-proclaimed clairvoyant Ella Whitehead. Whitehead claims to have been overcome by intense sadness upon entering the store. “There is so much pain here. I feel the hurt of thousands of children trying to play this terrible, broken video game. So many Christmases ruined.”

Rumors allege that a greedy developer sold the land to GameStop without having mentioned the existence of the sacred grounds or removing the cartridges. Whitehead recommended that GameStop sacrifice a good game to appease the angry spirits.

As of press time, the store had began burying hundreds of pre-owned copies of Wii Sports.