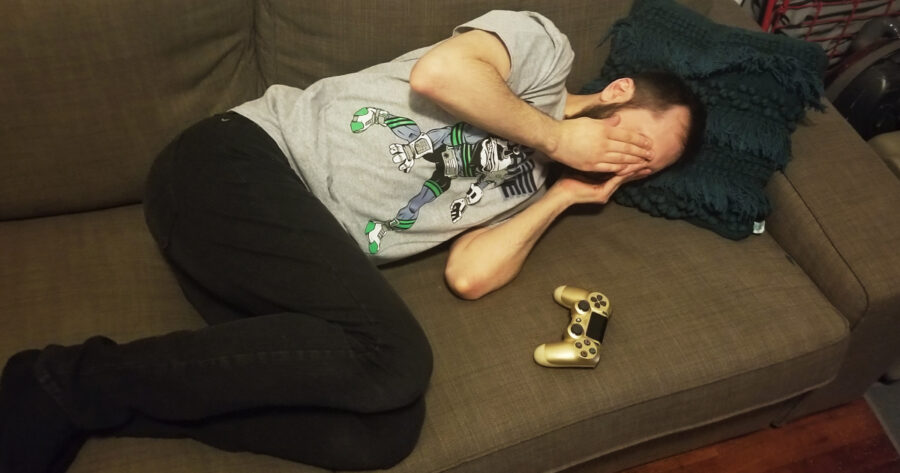 2017 was a banner year for gaming. There were beautiful, sprawling worlds, indies that gave personal and diverse experiences, and people were even excited to play Nintendo games again!

Unfortunately, however, we’ve all been buried by our backlogs and are just getting to the best games of 2015. So, here are the top five games from this year that we hope to get to in a few years.

We just finally got around to playing, giving up on, playing again, then forsaking the name of Bloodborne. We’re going to need some time before we do it again. It’s just too soon.

The new Wolfenstein looked great and it’s cool that games are reminding people that nazis are bad, again. Hopefully, in a few years when we finally have time to play it, we won’t be dealing with as many real life nazis and blowing them up in video games will be fun again and not feel like homework.

Pyre is another critically acclaimed game from Supergiant where your performance in a fantasy NBA Jam with literal fire determines the fate of a diverse cast of fully formed characters. We intend to treat it like all great indie games; by telling people how amazing it is without actually playing it ourselves until it’s in a bundle sale with Bastion and Transistor, which are both so good! Or at least that’s what we’ve been told and keep telling other people.

Boy, when we finally get around to playing this, the cosplays are going to make so much more sense! Right now, we’re just making guesses, like “K-Pop Death Maid” and “Samurai Deviant Art Come To Life.” Sure, playing the game will probably be fun, but it’ll be even better going to conventions knowing who all the Victorian funeral pirates walking around are.

Honestly, we did play some games in 2017 and after finishing Breath of the Wild and Horizon: Zero Dawn we were completely open-worlded out. We needed to take a break from riding through wondrous landscapes, having the freedom to explore and creating our own unique experiences that made us feel something. We just wanted something straightforward and cold and ugly. That’s why we played so much PUBG.