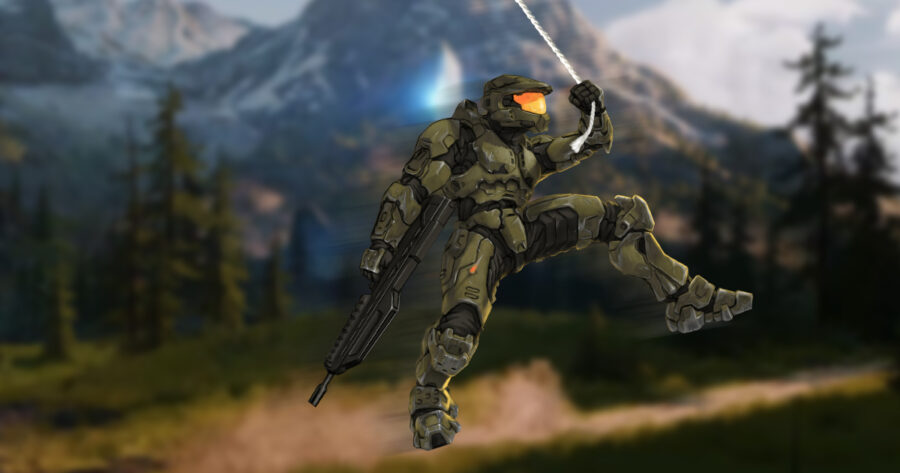 REDMOND, Wash. — Microsoft shocked the world today by announcing that Halo Infinite, the upcoming entry in their flagship franchise will introduce new features to the series, most notably the addition of protagonist Master Chief’s young son whom he must look after, and the introduction of spider-like powers which will enable him to swing through the game’s new setting of New York City.

“The fans have been telling us what they want in their games, and we listened,” said Aaron Greenberg, general manager of marketing at Xbox. “That’s why this version of Halo is going to be the best one yet. We’re introducing some exciting things that we know Xbox fans are gonna be anxious to get their hands on.”

In addition to the new gameplay mechanics, Greenberg also revealed that the game’s long standing title has been changed as well, and will now be known as Halo: The Yakuza Persona: Zero Dawn. Today’s announcements have inspired many to declare Microsoft the unequivocal winner of this generation of console gaming.

“Oooh, Xbox is absolutely shitting on Sony!” said forum user GEARZxofxHALO. “First State of Decay 2, and now this? Any Playstation fanboys able to tell me how second place feels? No wonder they’re giving them the Red Dead 2 DLC thirty days before us, they’re dying!”

Greenberg went on to outline the game’s exciting rollout strategy, with monthly updates featuring, among other things, new gods to fight and a possible romantic interest in the introduction of Marvel’s beloved Black Cat character.

“Yeah… cost us a lot of money landing that one,” he said. “But hey, the fans spoke and we listened. We think they’ll really enjoy this wise-cracking version of Master Chief that has to keep his son safe while shielding him from his past. Hopefully they still like all this shit in three years when the game comes out!”

Although no official release date has been announced, pre-orders are now available, for both the standard retail version and the limited Halo: The Yakuza Persona: Uncharted Horizon Edition.