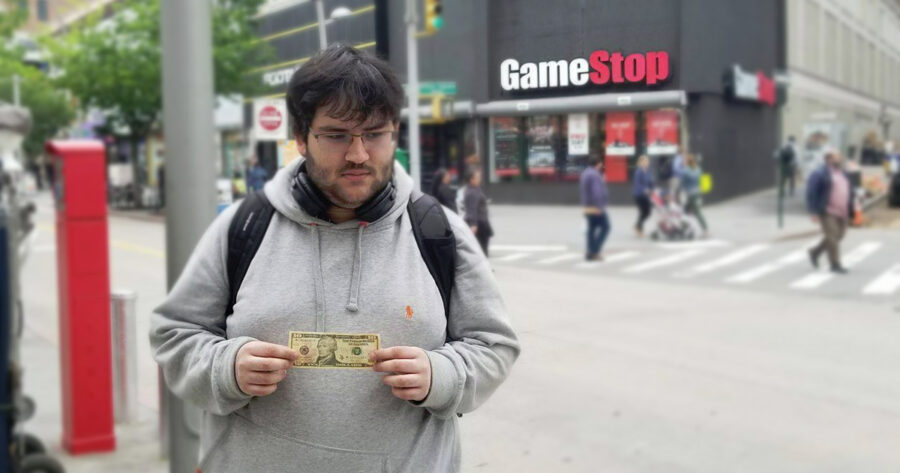 TUCSON, Ariz. —  Local gamer Pierce Roderick recently expressed his opinion that there’s “absolutely no way” the wildly popular PS4 Spider-Man game that he can’t afford at the moment was possibly as good as everyone’s been saying, according to several reputable sources.

“Sixty dollars for a reskinned Arkham game without any prominent voice actors?” the poorly informed bachelor proclaimed, standing outside of a Gamestop store with $42 in his hand. “There hasn’t been a good Spider-Man game since the GameCube, I don’t see that trend stopping now. You think they got a used copy in there?”

Roderick insisted that his reluctance to be convinced of the game’s worthiness, despite glowing reviews and recommendations from friends, had nothing to do with the recent unexpected repairs he had to make to his car, or the fact that they cut his shifts back at The Pizza Shack. Co-workers have alleged that these claims were false.

“No, he’s just a broke ass,” said Pizza Shack manager Todd Ursap. “I first heard about that game because he kept telling me about it last year. But ever since he fell asleep on a delivery and put his car through the mall, all he wants to talk about is Fortnite.”

Speaking to reporters earlier today, Roderick remained firm on his opinion, stating that no modern release could possibly compare to classic Spider-Man games of the past, especially at the standard industry price point of $60.

“Everyone decided they were gonna like that game no matter what months ago,” he said.  “But not me, I decided that it was seriously over hyped before anyone had even played it. I mean it was totally obvious that there was no way that thing was gonna be worth 60 McChickens. I’ll just stick to the superior classics, thank you very much.”

As of press time, Roderick was having trouble finding a working ROM of the 1993 SNES brawler Spider-Man and Venom:Maximum Carnage.

“Goddammit,” said the insolvent gamer to the gathered press. “Get out of my room!”