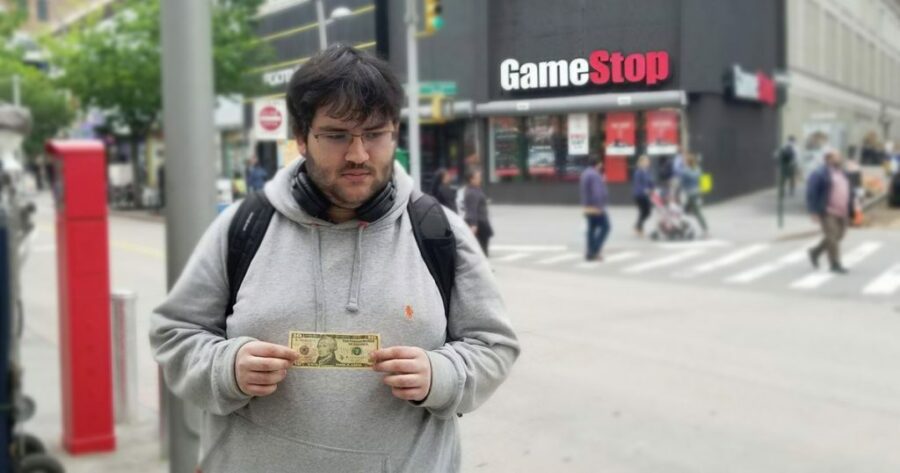 TUCSON, Ariz. — Local gamer Pierce Roderick recently expressed his opinion that there’s “absolutely no way,” he would spend $60 on Rockstar’s monumental Red Dead Redemption 2 even if he did have it, citing their cruel and unusual treatment of workers.

“I will not use my hard earned money, hypothetical or not, to support what amounts to slave labor,” the recently unemployed Roderick said, standing inside of a crowded GameStop store. “As a consumer, I have the power to deny my financial support to a company like Rockstar that did… whatever they did. I didn’t read the whole article. But I heard it was pretty fucked up.”

The browsed article that Pierce referred to was most likely this week’s Kotaku piece detailing the intense working environment surrounding the production of the highly anticipated title. The article has ignited a debate about the nature of game development and the expectations placed on those in the industry.

“Yeah, Rodder doesn’t give a fuck about any of that,” said Mike McGrady, a close friend of Roderick’s. “Last year when he was still had a job he wouldn’t shut up about Red Dead. It was all he would talk about. Now he’s broke ‘cause he got fired from Pizza Shack and he’s got a problem with everything that comes out. It’s so obvious. Just a few weeks ago he said the new Spider-Man game looked like ‘trash’ even though he originally was dying to play it.”

The crusade against the high profile release wasn’t the first in Pierce’s recent history. He recently boycotted cinematic hits Halloween and A Star is Born, citing Hollywood’s lack of originality. In fact, Pierce seemed unfamiliar with most of this year’s most acclaimed media, with one exception.

“The only good thing that’s come out this year was that Karate Kid show on YouTube,” he said. “Hey, do you think they have a used copy of Red Dead Revolver here? Everyone knows that’s the good one.”