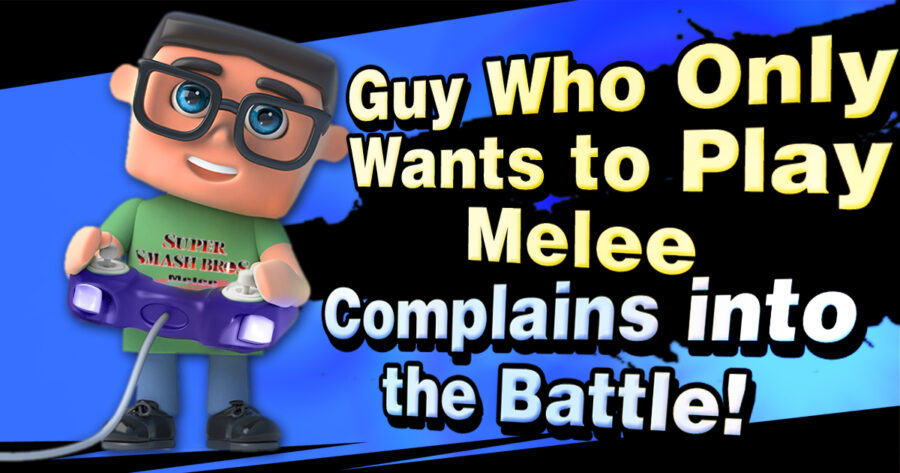 KYOTO, Japan — Nintendo revealed today that the newest addition to the roster of the upcoming Nintendo Switch Super Smash Bros release will be a guy who only wants to play Melee named Steven, an enduring member of the fighting game community centered around Super Smash Bros. Melee, the seventeen-year-old sophomore entry of the franchise.

“We know fans have been very vocal about what changes they want to see in the new title,” said Nintendo’s Yoshiaki Koizumi during the presentation. “So we decided to just take their most vocal and drop him into the fight so he can bitch about the character balance up close, if he’s so damn concerned.”

“Also, he’s the only character in the game who can trip. Doesn’t even have a cape,” Koizumi added.

According to long-time series director Masahiro Sakurai, Steven’s moveset will be modeled “somewhat like Kirby’s from Melee,” and includes a new Special Move where “[Steven] inhales other conversation topics and spit out opinions on wave dashes that nobody asked for.”

While Nintendo has remained tight-lipped on the functionality and compatibility of controllers from previous hardware generations, Koizumi did confirm that that Steven will only work with a GameCube controller plugged in.