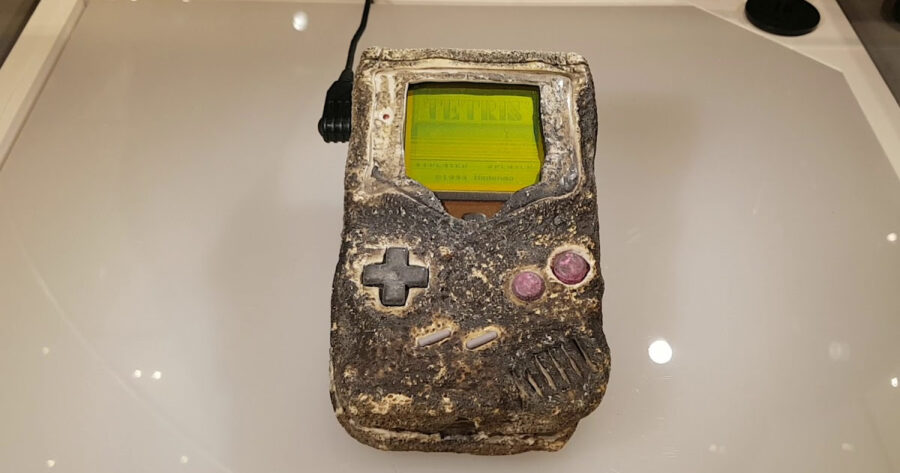 OSWEGO, N.Y. — The Game Boy that famously survived a bombing during the Gulf War is finally receiving treatment for Post Traumatic Stress Disorder after nearly 30 years of living with the affliction.

The Gulf War Game Boy, which became a folk hero to Nintendo fans around the world for returning home in one piece following a harrowing combat deployment, has suffered silently with symptoms of PTSD in the public eye for decades. Despite its ability to put on a brave face and resume its normal day-to-day life of playing its Tetris cartridge, one fan and practicing psychiatrist who visited the system on display at the Nintendo World Store became concerned about the stress the handheld was under.

“This poor Game Boy is plugged in all day in its display stand and never has any time to itself to rest and relax,” said the psychiatrist, Dr. Edwin Chung, expressing sympathy at the circumstances that led the Game Boy to take the emotionally demanding job at the Nintendo World Store in the first place due to the lack of employment options for disabled veterans. “It’s no surprise that this would cause long-term damage to the Game Boy’s psyche.”

“The moment just loops in my RAM over and over again,” the Game Boy told reporters in a televised statement to the press while holding back tears. “I see the bombs falling from the sky. A big, long one drops straight down on the barracks and then … Boom. It’s all gone. The barrack is leveled to the ground, and the silence is deafening. Sometimes I have to turn my volume knob all the way down just to stop from having a meltdown in the middle of the store.”

After an outpouring of support and subsequent consultations with specialists, the Gulf War Game Boy has been relocated to a treatment facility in upstate New York where it’s finally receiving the care it needs. The American Psychiatric Association will be studying the process intently, and there is speculation that the landmark case could even be included in the next edition of the Nintendo DSM.

“Too often, we forget to take care of our veterans when they come home,” Dr. Edwin Chung noted. “It’s time that we stop treating them like sideshow spectacles and start repairing our troops.”

While he is hopeful about the chances of rehabilitation, Chung cautioned reporters that PTSD is not unique to veterans or handheld consoles, adding that there are countless recently homeless and dejected Wii U’s throughout the country who may be at high risk.