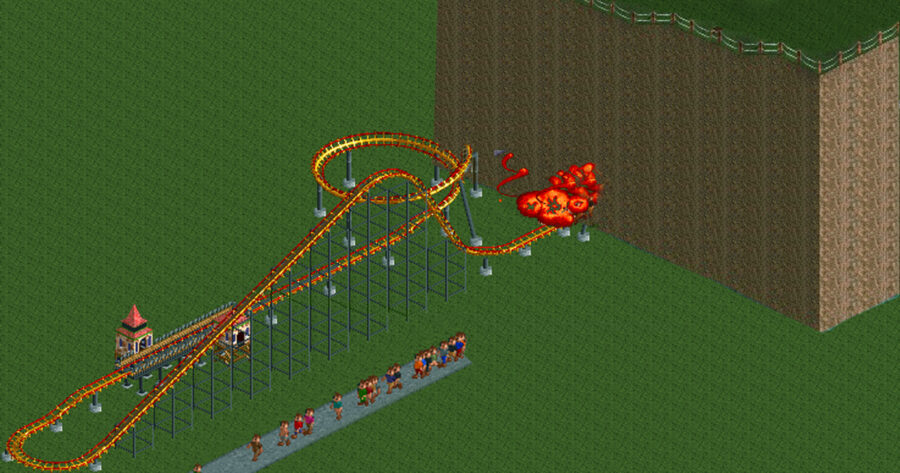 ROLLER COASTER, Tyc. — Guest 2032 at Fred’s Kingdom of Pain and Suffering tried to convince other patrons queued for the popular roller coaster Orphan Maker of the ride’s incredible price point today, despite the fact it hurtles riders directly into a vertical rock wall, park sources confirmed.

“Orphan Maker is really good value,” insisted Guest 2032 to those around him in line, as an engineer passed through the crowd to reactivate the station after its most recent run. “I see that every single car that passes before me has crashed directly into that rock wall, but I’m gonna keep waiting here in line because I’ve already been waiting for so long.”

“Guest 1782 told me it was pretty fun!” he added. Officials, however, contend that no remains or dental records for a Guest 1782 had been identified in the piles of wreckage to corroborate this claim.

Park data indicate that Guest 2032 came to Fred’s seven years ago and continues to subsist on the $46.25 he had remaining after entry. The long-time guest, Guest 8143, explained his frugal approach in brief.

“Even though Nose Dive looks fantastic, it just isn’t worth the price of admission so I avoid its tempting gaze,” she said of the wooden coaster that concludes with a precipitous drop into a large man-made lake.

According to sources close to Guest 8143, she understands that rides need an exciting edge to them, too.

“I won’t just ride anything because it’s cheap, though. Boring rides such as Ravages of Time are just not worth your time,” she admitted, unimpressed with the elaborate, multi-story hedge maze that requires about 17 months without food, water, or restroom facilities to complete.

Despite such efforts, reports from park surveillance suggest that Guest 2032’s praise has done little to allay growing concern among those waiting to board. Guest 1825 has stated that “just looking at Orphan Maker makes [her] sick,” while Guest 9339 has said that he “want[s] to go home,” after hearing yet another series of violent explosions and screams followed by the even more eerie sounds of silence.

Park management seems unaffected by the customer dissent, however. Per its chief designer and operator: “If these little bastards didn’t want to be catapulted straight to hell on Orphan Maker, then they should’ve just stayed on that individual square of concrete covered in vomit like I told them to.”