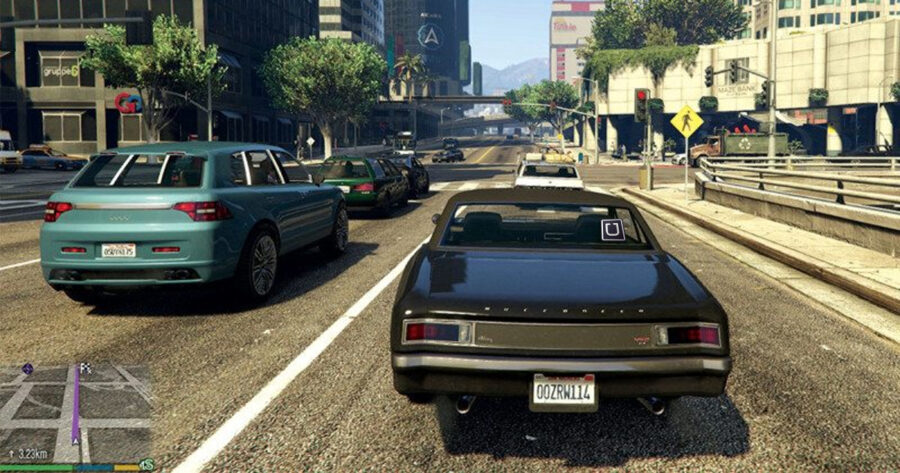 NEW YORK — Rockstar Games has announced that the newest installment in its flagship Grand Theft Auto series will feature the ability to use rideshare apps in addition to taxis for the first time, as well as the opportunity to strategically avoid conversations with their drivers.

“I take Lyfts and Ubers everywhere I go,” said Rockstar CEO Terry Donovan, at a press conference yesterday morning. “And these guys just will not shut up. I swear I could ride with my head out of the window and my driver would still strike up a conversation with me.”

“Luckily I make a video game where you can beat the crap out of anyone you want,” Donovan explained. “So yes, rideshare apps will be in GTA VI.”


The digital rideshare drivers will be a variety of races, sexes, and ages, and will all initiate conversation, forcing the player into a 3-option scenario. The player can then either play a mini-game to silence the jockey, hijack the car (with the option of murdering the driver), or dive out onto the streets, virtually guaranteeing major injuries.

“It’s going to be tempting to just jump out when they start talking, believe me,” said Donovan.  “But with a little practice, you can master the various strategies behind avoiding conversations, whether it be faking a foreign nationality or going into unrequested details about recent medical procedures you’ve had.”

Fans were excited to hear the first official news of the popular franchise’s next installment.

“Rockstar is always so ahead of the curve,” said Lori Fulton, a self professed superfan of the Grand Theft Auto franchise.  “I can’t wait to call for a ride to my next heist and have the driver wait until I start a conversation with a friend to start talking to me. This is next level stuff.”