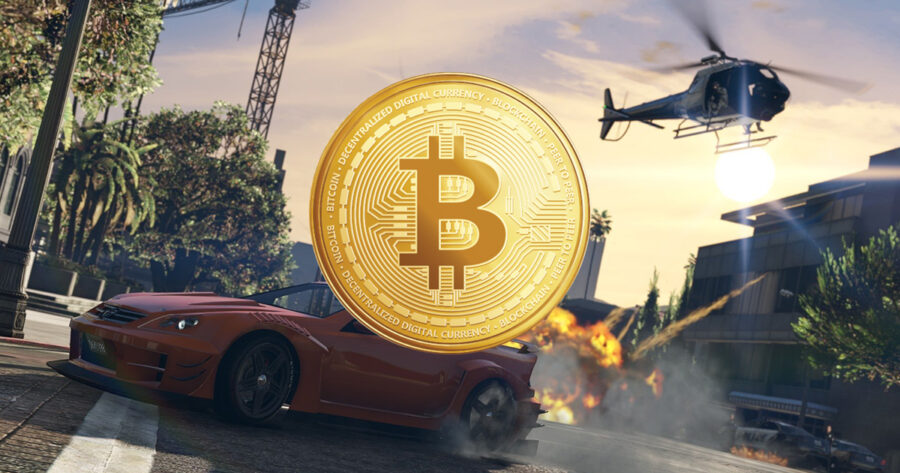 NEW YORK — In an official press release circulated earlier today, Rockstar Games has confirmed that the highly anticipated Grand Theft Auto VI will be delayed indefinitely until they can finally come up with a satisfactory scrotum-based pun for Bitcoin.

“The next Grand Theft Auto game is roughly ninety-nine percent complete. The plot, character designs, development work, and testing is done. Hell, we could basically ship the full game tomorrow if we wanted to. But we’re still struggling with just the right ‘nutsac’-inspired name to really take Bitcoin down a peg,” explained Rockstar president Sam Houser. “Believe it or not, peppering our massive digital world with juvenile ‘69’ jokes and naughty innuendo has traditionally been the most difficult part of game design for us. Hell, we’re the people who called the ‘Nasdaq’ the ‘Bawsaq.’ After soaring that high, anything less is a slap in the face to the fans.”

“At one point I suggested we call it ‘craptocurrency’ and ‘Buttcoin,’ but then Sam threw a PS5 dev kit at my head and screamed that my idea was ‘some low-rent, ‘Saints Row’ bullshit.’ And how we needed to be better,” said McKenna. “Before I switched departments, I was a developer. I remember working 17 hour days on Red Dead 2 and pissing in empty Sprite bottles rather than leaving my desk, just so I could meet our unreasonable deadlines. Those days seem like a relaxing tropical vacation compared to this waking nightmare of dick and fart puns.”

“We unfortunately got a call from the local police department informing us that several members of the Rockstar team were harassing a group of middle school boys and begging them for help in generating some pureile sex jokes,” said Zelnick. “Don’t get me wrong, I do appreciate calling a carpet cleaning place ‘Cleveland’s Steamers” or a jazz club “The Rusty Trombone,” but we need a new game, already. At this point, we can probably only milk GTA 5 for another 12, maybe 23 years, at most.”

As of press time, a lowly night janitor at Rockstar had been promoted to Director of Creative Development after scribbling “Titcoin” on a chalkboard.