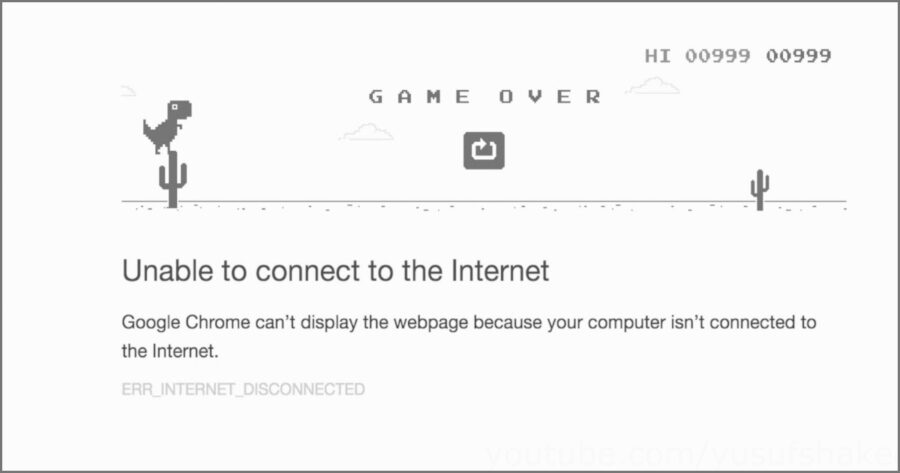 MOUNTAIN VIEW, Calif. — For the third year in a row, a consortium of gaming websites have found that Google Chrome’s T-Rex Runner, a game that users can play while they are waiting for their internet to come back, was the most popular video game on earth.

The game, first released in 2014, features stunning graphics, top-notch gameplay, and a highly  immersive storyline. Much like the popular Star Wars film series, it takes place on a hostile desert world, similar to, yet marvelously different from our own.

Users play as protagonist T-Rex, which is short for Tyron Reximillian, a lonely figure lost in an unforgiving wasteland. In order to reunite with his estranged wife and adopted daughter T-Rex must do battle with the evil “Lord Cactus” who sends unending hordes of his minions to thwart the hero.

Along the way Reximillian learns a thing a two about friendship, and the power that comes from both inner turmoil and self reflection.

“Obviously I’m a huge fan of early Japanese cinema,” said creator Sebastien Gabriel “Tyron Reximillian is based largely off of Kihachi Ichikawa from A Story of Floating Weeds, one of the great Asian silent films of the 1930’s. Honestly that’s why I chose to not have Tyron speak during the game. And I only had one or two megabytes of bandwidth to work with.”

“Not to give too much away, but at a certain point it suddenly becomes night time in the game which definitely gives it a more ‘adult’ feel if you know what I mean,” Gabriel wrote. “It’s the kind of character development I haven’t seen since Breaking Bad ended.”

Nicole O’Neal, editor-in-chief for GameGoon, agrees that T-Rex Runner has more than earned its place as one of the greatest video games of all time.

“This game is almost too addictive!” she raved in the January issue of the magazine, “I mean just when you think you’ve mastered the transition from one big cactus to three small cacti, along come this bird from out of nowhere and you’re like ‘Whoa! Better not press the spacebar right now!’”

“Plus, the game has some pretty advanced techniques that gamers can employ,” she went on to say in her review. “Pressing the down arrow allows Rexmillion to duck but also lets him blast down to the ground quicker than the normal waiting period. Advanced gamers can get an edge in esports competitions in a way that has not been seen since Brood War.”

Born to Run, an animated series based on Tyron Reximillian’s early life in the desert, will be released on Netflix later this year.