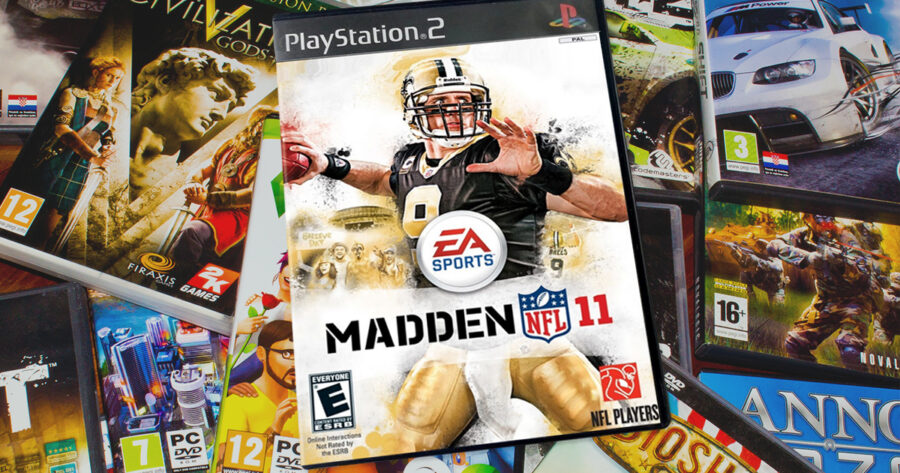 OWOSSO, Mich. — A local Goodwill store has began taking pre-orders on an upcoming donation that includes an inordinate amount of copies of Madden 2011 expected to arrive sometime next week.

“Guy called yesterday and asked if I’d be interested in a box of Madden ‘11s they found,” said Jake Portsmith, manager of the local Goodwill second hand store. “Of course I assumed it was a prank call, but this guy swears he’s got the goods. This could be the biggest thing since the Sam Goody across the strip mall went out of business and we raided their dumpster.”

Although the 2011 installment of the annual title was available for several consoles, as well as iOS and BlackBerry, Portsmith revealed that the shipment would entirely be copies of the Playstation 2 version of the title.

“Oh hell yeah, I’m all over that,” said Jody Maxwell, a local resident that was excited about the news. “Been waiting to find that cheap copy of ‘11. I wish I could get it for 360, but whatever. At least it won’t be that bullshit Wii version that took Superstar mode out!”

Portsmith encouraged interested customers to reserve their copy, as he said he’s unable to guarantee an item in such high demand would remain on the shelves very long. He pointed to superstar quarterback Drew Brees gracing the front of the game as an example of its star power.

“What what did you say to me?” said Madden 2011 cover star Drew Brees at a press conference last Sunday, after leading his New Orleans Saints to a 30-20 victory over the Minnesota Vikings. “A Goodwill in Michigan is getting a box full of old games? Who let you in here?”

The game will retail for $4.99, possibly less depending on the color of sticker that reflects the week’s sale items. A $9.99 Special Edition will be available as well, which will reportedly include an obscure third party controller and the case for the game.