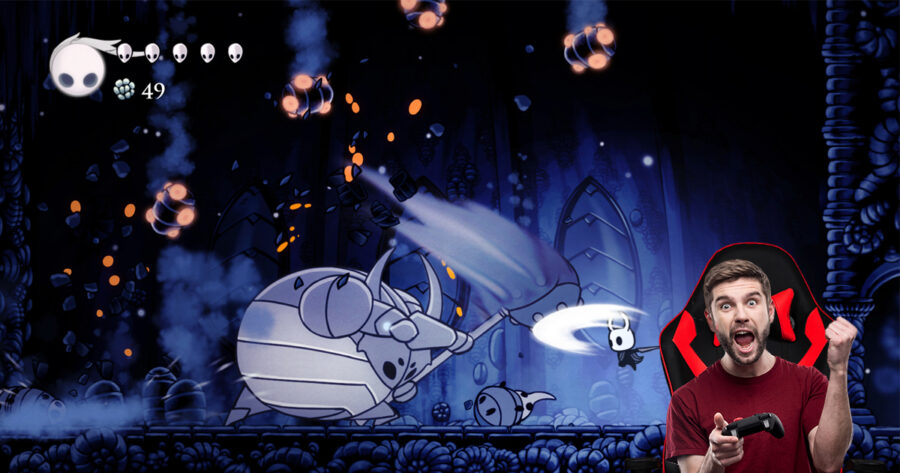 CEDAR RAPIDS, Iowa  — A YouTube Let’s Play video of Hollow Knight, being used for the purposes of consultation and education, was revealed to feature a running audio commentary from its author, a detail that the viewer in question described as “really fucking annoying.”

“Hey guys! Welcome to part six of my Hollow Knight walkthrough!” began YouTuber user Drawn_this_Way, shortly before the video was muted. “Look at these bugs in this game. I feel like I’m in a New York City apartment. Oh shit, am I like gonna have to fight this guy? He looks like a butt bug.”

YouTube viewer Vic Fredfield was reportedly disappointed to learn that the video he had selected arbitrarily from the field of search results not only wasn’t the intended chapter of gameplay he had been seeking guidance on, but also featured a man seemingly devoid of any actual sense of humor doing a series of voices and noises.

“I was trying to figure out where I had lost my way, so I found a video with a lot of views,” said Fredfield. “And I was pretty bummed to realize it was one with talking. Are people watching this tit for his commentary? And if they are, why does he stop for minutes at a time when he’s stuck on something? This game has a wonderful soundtrack, why do I have to listen to this nerd bend over backwards on top of it?”

“Every goddamn one of these has talking,” he reported. “So whatever. At least this guy has his mic settings figured out. I’ll just mute it and try to find the video that shows the part I’m at.”

The popular YouTube content creator received the news of his audio dismissal with hurt feelings and a plea for his alienated audience member.

“He muted me? Aw man!” said Drawn_this_Way, upon being informed. “Are you still in touch with him? Would you ask him to like and subscribe please?”