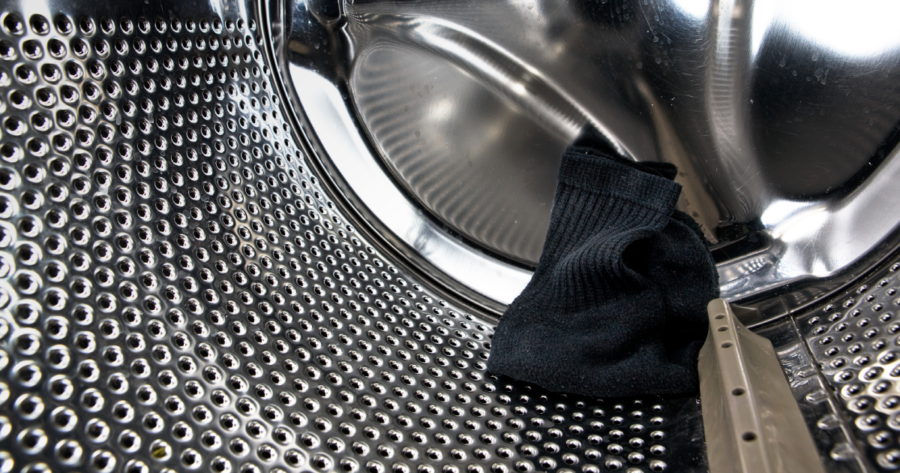 MINNEAPOLIS —  A customer at a local laundromat, Jane Garrison, claims that one of her socks experienced a physics glitch in a dryer, causing it to clip out of bounds and eventually despawn.

“I don’t know why I keep coming here, this is so annoying,” Garrison said as she folded the clothes of hers that hadn’t been lost, “I’ve tried washing single pairs of socks with loads of bigger pieces of clothing but the same thing always happens and it’s always the left sock, oddly enough. Don’t get me wrong, this is overall a very good dryer, but these glitches sure do take away from the experience, if I’m being honest.”

Whirlpool, who manufactured the dryer unit in question, defended the release of a defective product which some are alleging is “unfinished.”

“You have to understand that there’s a lot of complex physics at play during the drying cycle,” said Colin Lang, a spokesman for Whirlpool. “There could be anywhere from 10 to 30 separate objects in that small space, all being jostled around and pressed against the walls of the cylinder. We put as many precautions into it as we can, but we’re never going to be able to prevent 100% of articles of clothing from having strange and unscripted interactions with the environment. We knew this dryer was a little buggy, but we decided to ship it anyway instead of delaying its release.”

An outspoken group of concerned launderers have been lobbying online for respawn triggers to be implemented under all laundromats, but so far their requests have been dismissed by the laundry industry.

“We’ve been lucky that it’s only been socks thus far,” said Gordon Reese, a popular YouTube laundry personality. “If a person was close by when it happened, there’s no telling if their hitbox could get caught and dragged to a death zone. The laundry industry needs to address this immediately but they’re too busy shaking you down for quarters at the laundromat.”

At press time, Whirlpool had announced that any users experiencing sock glitches are eligible to receive three free months of Whirlpool Premium, the streaming service the company launched last year.