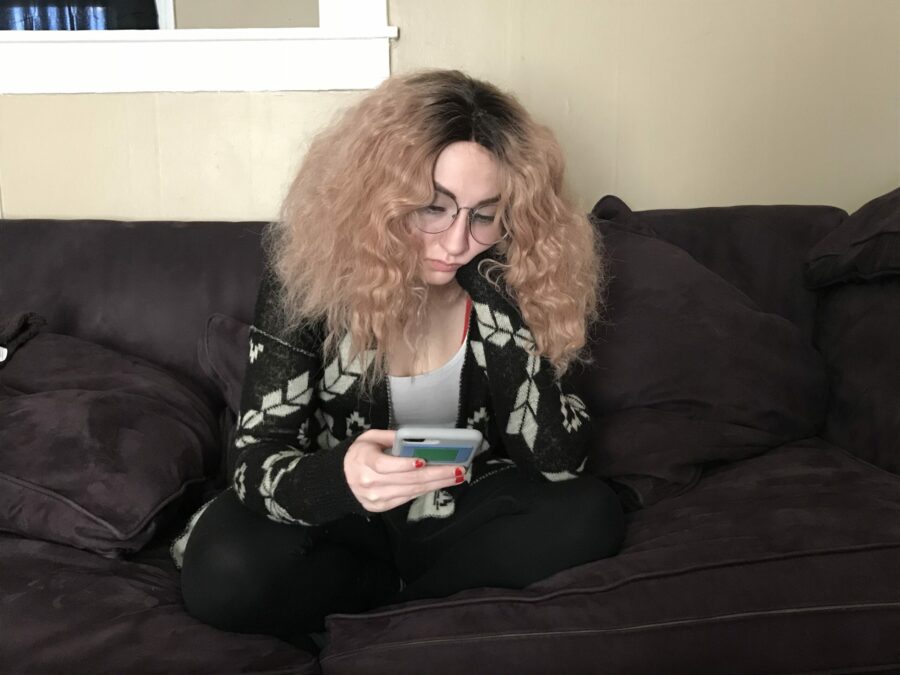 INDIANAPOLIS – Local girlfriend Stacey Hopkins, currently sitting on the edge of the couch while her boyfriend plays Battlefront II, has reportedly just dropped $3,000 to buy extra-comfy chairs in her virtual restaurant.

When reached for comment on this story, Hopkins declined to comment through a series of acknowledging smirks and embarrassed laughs. Her partner was more forthcoming.

“As soon as she moved into my place I started getting all this mail that said ‘If you are in over $25,000 worth of credit card debt then this is the solution for you,’” he said. “I thought it was some sort of mistake at first but then I saw the restaurant on her freemium game — Jesus, those chairs look nice.”

According to sources who say they have checked in on her phone while she was asleep, Hopkins has the fastest grill, comfiest chair, and nicest welcome mat possible in the game, allowing her customers to stay in the restaurant for much longer than players who only spend currency earned in-game as opposed to wiring in actual cash.

“I like to offer a world-class experience for my customers,” Hopkins said in private, according to friends who spoke on condition of anonymity. “When you’re in my restaurant, I want you to feel like you’re home — that’s why I had to get the set of Golden Throne Chairs.”

UPDATE: The price of the chairs are nothing compared to what she has dropped on the Kim Kardashian game.